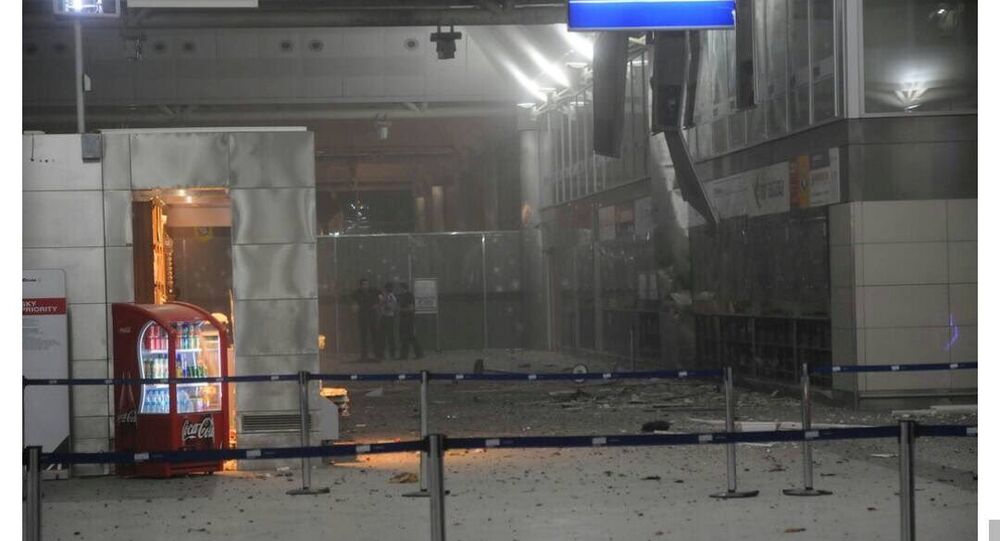 A second video has emerged that shows one of the suicide bombers detonate an explosive after being pursued by police.

The attack left at least 36 people dead, with at least another 147 injured, and has been claimed by the terrorist group Daesh, also known as IS/Islamic State, according to Dogan News Agency.

The video appears to show the shooter. As people run, police chase him down and open fire. The Kalashnikov used in the attack can be sen sliding across the floor after the attacker falls.

Upon approaching the shooter, the security officer appears to notice the explosive, and turns to run shortly the detonation occurs.

​According to Turkish authorities, two attackers opened fire with a rifle at the x-ray security checkpoint. Prime Minister Binali Yildirim has also confirmed that there were three attackers, with all three opening fire before blowing themselves up.

"According to information I have received, at the entrance to the Ataturk Airport international terminal a terrorist first opened fire with a Kalashnikov and then blew themself up," Turkish Justice Minister Bekir Bozdag told reporters.

Initial reports suggests that the attackers were armed with hand grenades, but the strength of the blasts suggests otherwise.

A major hub, more than 61 million passengers traveled through the airport in 2015.

Turkey has seen a number of terrorist attacks in recent months. Two attacks in Istanbul earlier this year were claimed by Daesh.