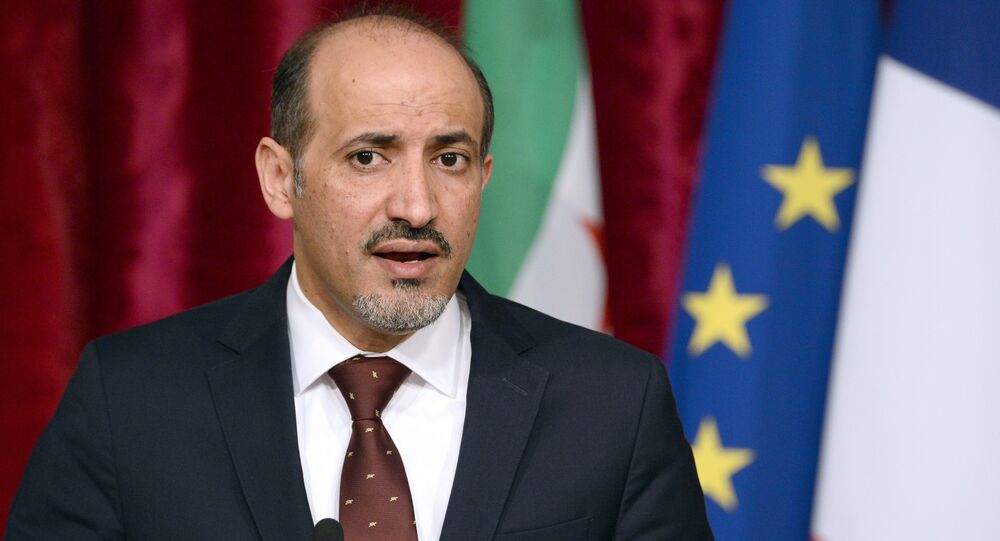 "We discussed the issue and called for resuming them [talks] as soon as possible," Jarba told reporters after the meeting with Lavrov.

​He said that Lavrov touched upon the problems of political settlement of the crisis, ceasefire and fighting terrorism in Syria.

The sides noted the need to stop the shelling of residential areas in Syria including those occupied by terrorists.

Jarba announced the formation of the Syria's Tomorrow movement in Cairo in March on a platform of decentralized rule in Syria. He previously headed the Syrian National Coalition opposition group. Syria’s Tomorrow emerged in March in a new bid to unite liberal opposition forces under one umbrella organization.