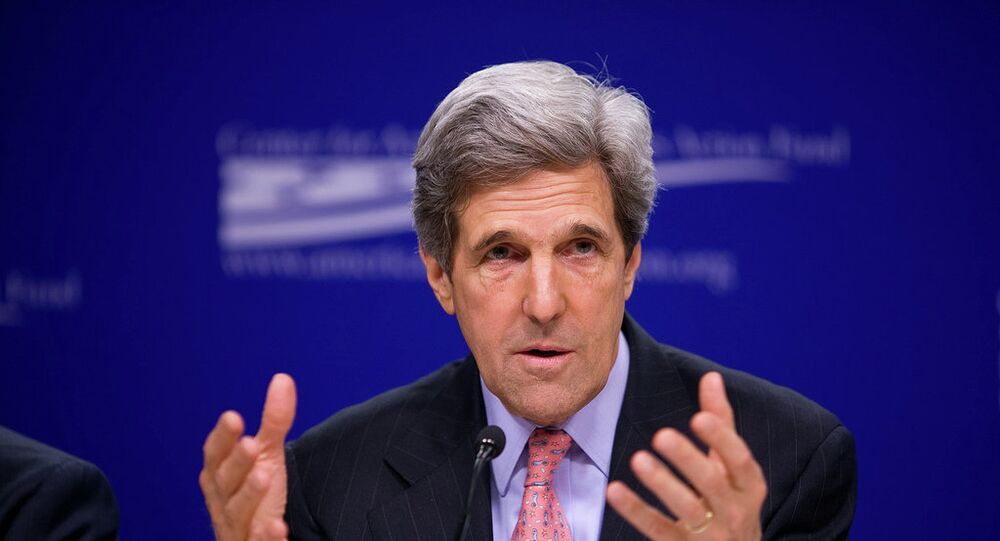 US to Do Everything Possible to ‘Smooth’ the Brexit Transition - Kerry

US Secretary of State said that United States is determined to do its utmost to make Brexit transitional process as smooth as possible.

© Photo : Pixabay, Collage
UK Geostrategic Future Bright After Brexit Vote - Leading US Tactician
WASHINGTON (Sputnik) – The United States is determined to do its utmost to make Brexit transitional process as smooth as possible, US Secretary of State John Kerry said on Monday.

“It is my intention and further President Obama’s commitment to both EU and the special relationship to do everything in our power to make this transitional process as sensible and as smooth as it can be,” Kerry stated.

The United States anticipates to see a stronger NATO after the July summit in the Polish capital of Warsaw, US Secretary of State John Kerry said in a press conference on Monday.

"I think we all anticipate an even stronger NATO going forward because the clarity is going to be important, and I think everybody – the 22 nations in the EU part of NATO – that clarity is already defined," Kerry stated.

The secretary added that the United States has "high expectations" of a "very strong" NATO summit, which is scheduled to take place on July 8-9.

NATO Secretary-General Jens Stoltenberg noted that the alliance’s cooperation with the European Union (EU) has become even more important following the decision by the United Kingdom to exit the bloc.

On Thursday, a nationwide referendum was held in Britain in which 51.9 percent of the voters said they were in favor of the United Kingdom leaving the EU.

Brexit to Have Minimal Immediate Negative Effect on US National Security