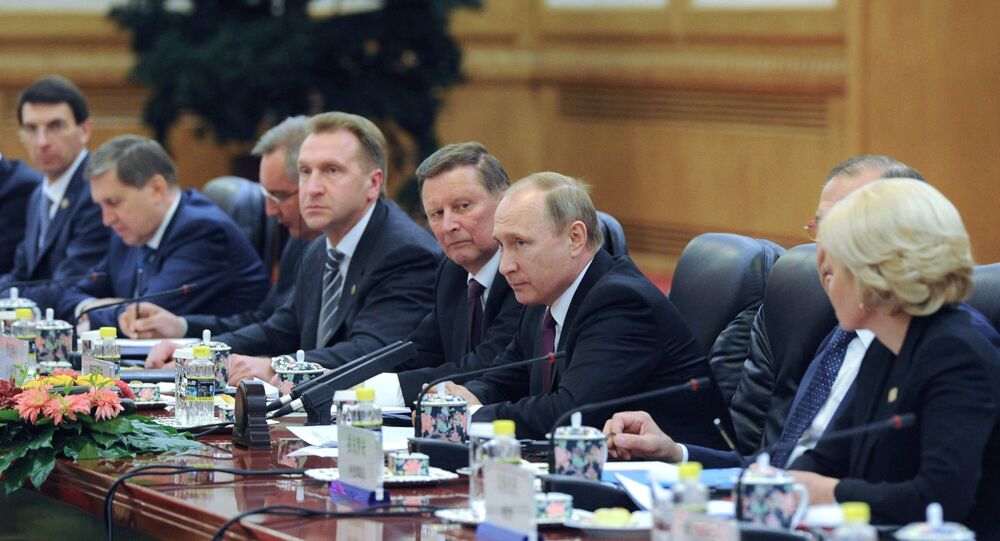 Vladimir Putin said that Russia and China will expand transactions in national currencies to reduce dependence on foreign market.

"To reduce dependence on foreign market, we are expanding the use of national currencies in mutual transactions," Putin said after Russia-China talks.

The Russian leader added that Russian ruble took a 3-percent share of such transactions, while Chinese yuan's share was 9 percent.

"Peaceful atomic cooperation is growing stronger. We are closing on the launch of two more energy units, built using Russian technology, at the Tianwan Nuclear Power Plant in 2018. We have agreed to work closer together on the markets of third countries," Putin said after talks with Chinese President Xi Jinping.

Russia and China will agree on construction of high-speed railroad between Moscow and Russia's western city of Kazan until the end of the year, Russian President said.

"We will agree on the construction of high-speed railroad Moscow-Kazan by the end of the year, although today we made a step forward in this direction as well," Putin said after holding a meeting with Chinese President Xi Jinping.

The Russian leader added that Moscow and Beijing were working on large-scale initiatives in infrastructure development.

Russia and China will take action to enhance their economic cooperation, Vladimir Putin said Saturday after talks in Beijing with his Chinese counterpart Xi Jinping.

"Our attention during the talks was traditionally focused on the issue of enhancing economic cooperation," the Russian president said.

"Russia has been stepping up oil exports via Russian-Chinese oil pipeline. We are advancing a project to build a refinery in Tianjin. Works on the Force of Siberia gas pipeline are on schedule and it’s expected to reach full capacity in 2020. We are discussing conditions to deliver Russian gas to China through the western route," Putin said.