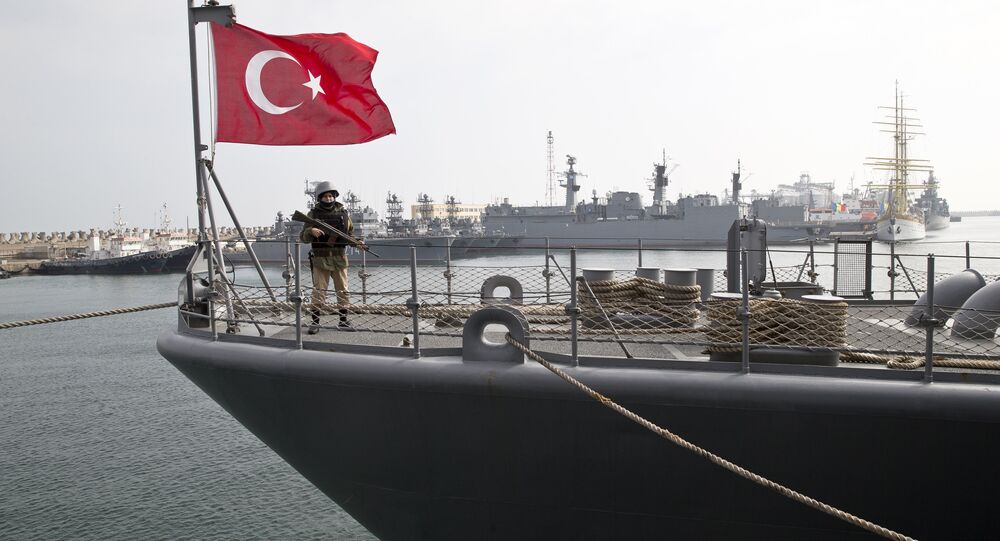 Amid deepening tensions between NATO and Russia, Moscow has warned that it would neutralize any actions in the Black Sea which could be regarded as a security threat.

Turkey is the biggest NATO member country in the region. Now, Moscow sees Ankara’s actions in the Black Sea as a threat to its national interest.

Turkey’s goal is to provoke a conflict between Russia and NATO, French geopolitical analyst and author Alexandre del Valle said.

"As a NATO member Turkey would do everything possible to provoke a war with Russia. This is why it shot down a Russian jet last year. The goal was to prompt NATO to deepen the tensions with Moscow, in the name of trans-Atlantic solidarity," the expert told RIA Novosti.

© AFP 2020 / DANIEL MIHAILESCU
NATO Hinting at 'Persistent Presence' in Black Sea Ahead of Summit
According to del Valle, the fact that Turkey is a NATO member is a problem. Ankara uses its status in NATO to block a number of cooperation projects with Greece and Cyprus.

Del Valle described Turkey as a "mafia state" and a country that is "bombing its own people [Kurds]" and using the migrant crisis to blackmail the European Union. He added that Turkey also supports terrorism.

In response to the growing challenges, Russia has been upgrading the capabilities of the Black Sea Fleet, including deploying advanced military hardware and weapons to the region.