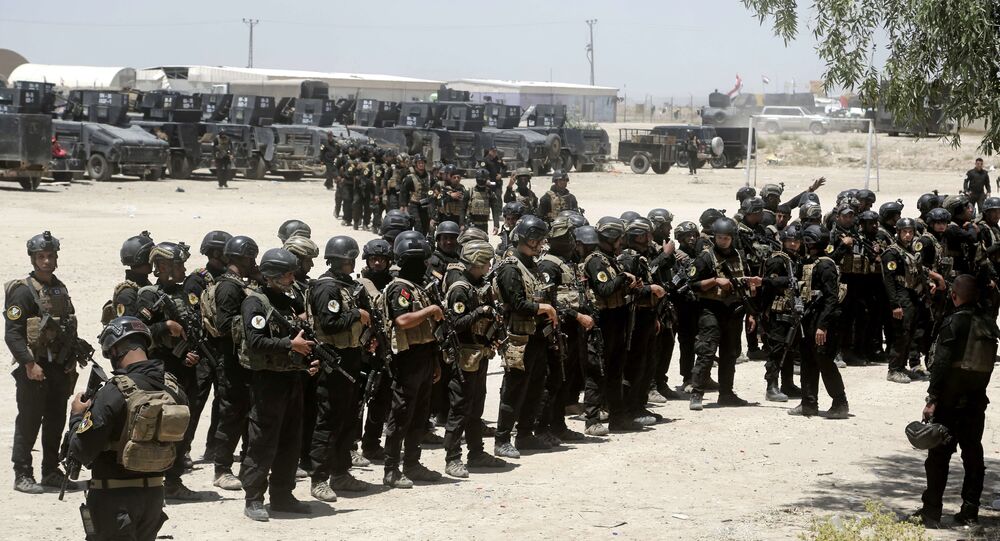 US War on Terror: A ‘Matrix of Lies and Deceit’

Canada-based international criminal lawyer Christopher Black attempted to analyze what lies behind the “war on terror” declared by the US after the 2001 attacks and came to the conclusion that it is nothing but an attempt to trap the people worldwide in the “matrix of lies and deceit that define the modern world.”

© AP Photo / OBAMA US CANADA
Obama, Trudeau Reaffirm Commitment to Fight Terrorism
“We are told, the world over, by every government, that we are in a “war against terrorism.” Christopher Black writes in his article for the New Eastern Outlook website.

However, he further notes “terrorism is an action, a tactic, a strategy. It’s a method not person, a group, a country.”

“How can there be a war against a method of war,” he wonders.

But they want us to fight a method and never ask the why or the who. That doesn’t seem to matter anymore. They tell us not to be concerned with why something happens, only how it happens, he replies.

“The people don’t need to know why “terrorists” exist, or who they are and what motivates them, or even whether they really exist, for they are just “terrorists”, the lawyers says, referring to the phrase used by George Bush after 2001 attacks.

“The War On Terror is in fact The American War Against The World,” the author states.

© REUTERS / Ronen Zvulun
Netanyahu: Israel Ready to Share Intelligence With NATO to Tackle Terrorism
He further explains that by saying that they are “fighting against terrorism” in Iraq, the Americans “really mean they are fighting the resistance to their invasion and occupation.”

When they say the same in Afghanistan, “they are fighting a national resistance”

The author also notes that, interestingly enough, “each set of ‘terrorist” bombings from London to Madrid, to Paris to Boston and the shootings” always end up with the claimed attackers being dead instead of arrested”. As if to intentionally conceal who is an actual mastermind of the attack.

This, together with another interesting fact that many of the attacks “often occur at the same time that the police are conducting “anti-terrorist” drills” gives him a reason to suggest that “all the alleged attackers apparently have some connection to the intelligence services of the countries involved”.

“The use of the word “terrorism” says nothing. It contains no useful information that can lead to an understanding of events and circumstances. It is a word used to dope the mind, paralyse thought, to sap the will. Language is an important tool of control of the people. To accept the terms of propaganda used by the powers that want to control us is to surrender to them completely because once we do that we lose the ability think rationally, to analyse, to question, to think for ourselves,” he states.

© AFP 2021 / TOSHIFUMI KITAMURA
Japan to Closely Cooperate With US in Fight Against Terrorism - Abe
“Finally, terror is an act that is used by those that can’t get what they want legitimately. Individual acts of terror, carried out by the lone terrorist or small group are carried out because they have no other political power than to try to frighten the populace. But acts of terror carried out by those factions of society that hold state power proves that they know their objectives and methods are criminal. That is why they have to resort to the terrorism of their own peoples in order to maintain control and dominance.”

However in the United States, he notes, “a democratic revolution would have to take place, but the disorganised mob that is now the American people is more easily swayed by the demagogues of fascism, like Donald Trump or Hilary Clinton, than by ideas of social and economic justice.”

“Maybe someone out there has the answer to all this. I don’t. But we are not going to find it, even look for it, unless we know when to call a spade a spade, and not “terrorism,” the author finally states.

Japan to Closely Cooperate With US in Fight Against Terrorism - Abe