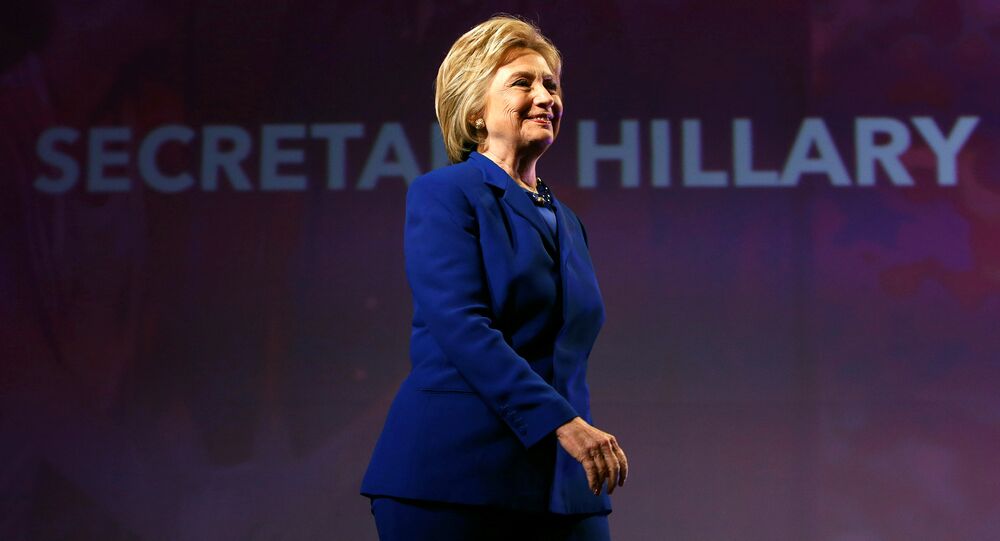 Trump's No Fool: Hillary's American Empire is the Real Danger

Earlier this month Hilary Clinton made a major foreign policy address in which she criticized Trump's statement in April that Japan and South Korea should have their own nuclear armaments rather relying on the US because it is costing too much money.

"I would rather have them not arm, but I'm not going to continue to lose this tremendous amount of money. And frankly, the case could be made that let them protect themselves against North Korea. They'd probably wipe them out pretty quick," Trump said.

"If they fight, you know what, that'd be a terrible thing. Terrible…. But if they do, they do."

In response, Hillary Clinton said that Trump is "not someone who should ever have the nuclear codes – because it's not hard to imagine Donald Trump leading us into a war just because somebody got under his very thin skin."

"Clinton and much of the US foreign policy elite, Republican and Democrat alike, obsess about Trump saying what should be obvious. It would not be a catastrophe if Japan and South Korea—stable, democratic societies and good world citizens—were able to deter aggression, if need be, even with nuclear weapons."

© REUTERS / David Becker/Nancy Wiechec
Trump More Likely Than Clinton to Embrace Cooperation With Russia
Eland wrote that the US' "essentially irrational policy" of mutual defense makes even less sense now than it did during the Cold War, because there is no plausible scenario by which these US allies would be called on to defend the US.

"Donald Trump is wise to question the United States' outdated, inflexible and costly commitment to protect large numbers of nations around the world," especially since the US now has a $19 trillion national debt.

"Such formal and informal alliances are the core of an overextended American foreign policy that requires having hundreds of US military bases overseas and conducting countless—now seemingly perpetual—military campaigns, such as the wars Clinton supported in the Balkans, Iraq and Libya, to support this informal American Empire," Eland wrote.