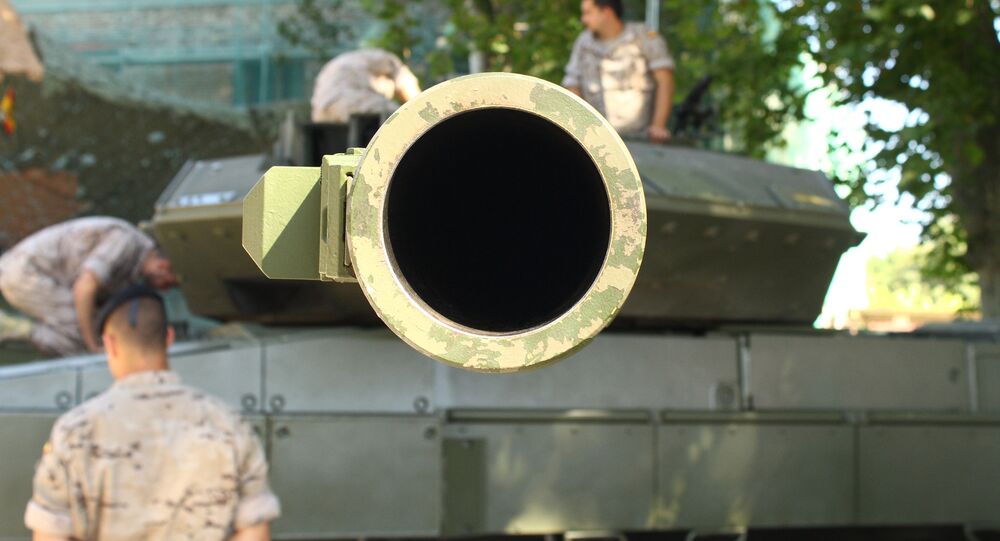 Claims that a new German tank-mounted gun is capable of destroying Russia's state-of-the-art T-14 tank hold no water, according to the Russian news network Zvezda.

In an interview with the Russian news network Zvezda, military expert Sergey Suvorov said that it is too early to speak of a new German tank gun's shell being able to pierce the armor of the sophisticated Russian T-14 tank, part of the Armata family of armored combat vehicles.

The interview came after the German military giant Rheinmetall Defense unveiled the prototype of a powerful 130mm smoothbore tank gun which its maker claims is powerful enough to counter  the T-14 tank, according to Britain's Jane's Defense Weekly. Field trials of the new gun are slated for later this year.

"It's unclear how they are going to fire this gun during the upcoming trials, given that the gun has yet to be installed on a tank," Suvorov said, also citing the gun's manual loading and its "longer and heavier shots" which he said will damage the gun's rate of fire.

He was echoed by other experts, who were quoted by Zvezda as saying that German engineers' claims that the new gun can destroy the T-14 when equipped with sophisticated armor are nothing but "self-assertive" allegations. Among other things, the Armata tank features outer armor that explodes on impact to prevent shells from reaching the crew inside.
© Flickr / FaceMePLS
The Leopard 2 tank which is due to be equipped with a new gun

Zvezda concludes that the German engineers had decided to benefit from a topical subject related to the T-14 rather than produce anything capable of taking out the Armata Tank.