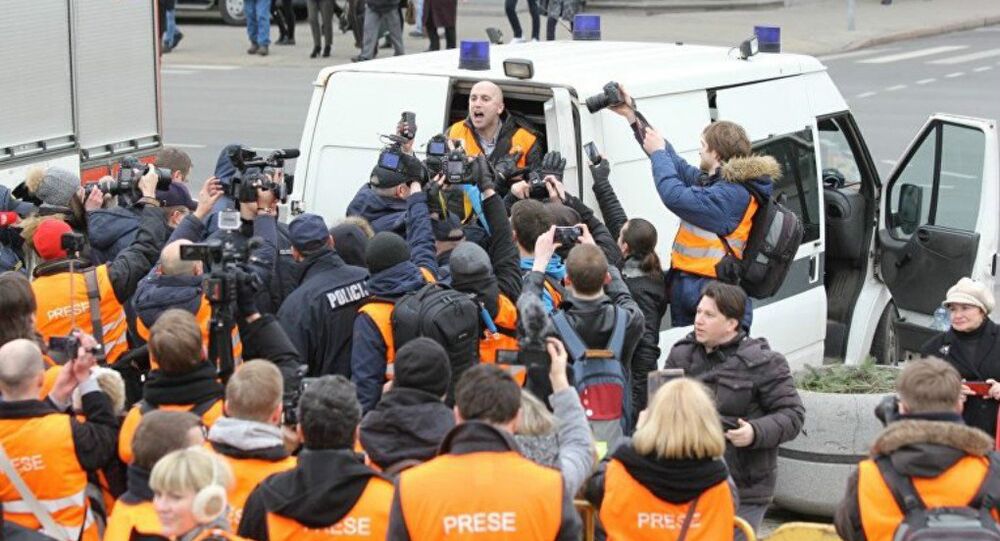 UK journalist and blogger Graham Phillips, deported from Latvia three months ago, described a most recent visit to the country in an interview with Latvia’s Radio Baltkom.

© Sputnik / Oxana Dzhadan
Former RT Stringer Graham Phillips Arrested at Latvian Nazi Vet March
RIGA (Sputnik) – Phillips said he came to Latvia via Lithuania and made a report in the southeastern Latvian city of Daugavpils. The journalist stressed that he plans to continue making footage in Latvia and will return to the country despite his recent deportation.

In March, Latvian law enforcement detained Phillips who tried to cover a march in Riga commemorating former members of the Latvian Legion of the Waffen SS. Prior to being arrested, Phillips, who previously contributed reports for the RT broadcaster, publicly condemned fascism.

On March 16, the UK journalist was deported to Russia and was banned from entering Latvia for three years.

According to Latvian Interior Minister Rihards Kozlovskis, the decision to detain Phillips had an administrative, not a political character, as the journalist had violated public order during the Riga march.

The annual Nazi veterans' march in Riga has been harshly criticized by a number of international anti-fascist organizations as well as of governments worldwide.