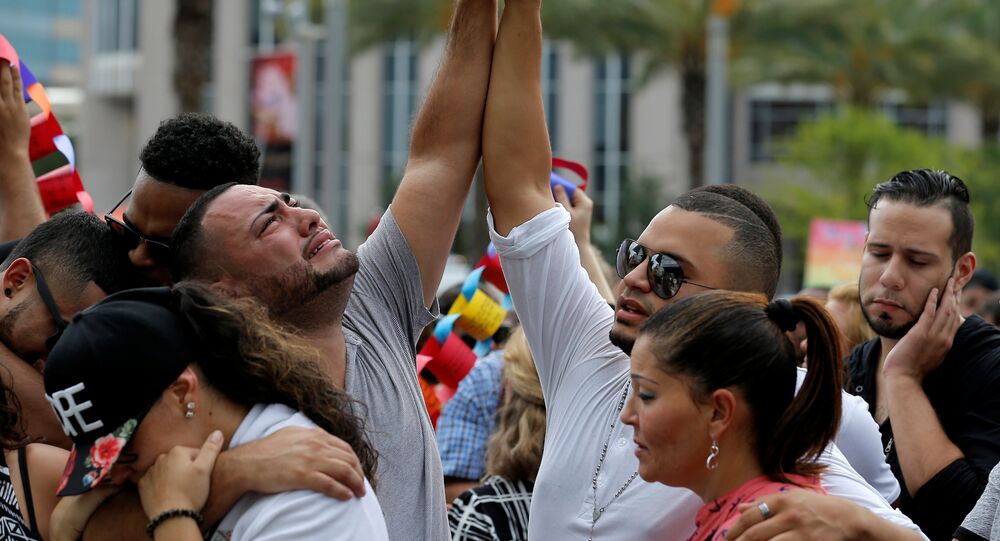 US Secretary of State John Kerry and Saudi Arabia’s Deputy Crown Prince Mohammed bin Salman reiterated their joint commitment to combat terrorism both in the Middle East and worldwide, following the deadly shootings in the US state of Florida over the weekend, the US Department of State said in a statement on Tuesday.

"[Kerry and Salman] discussed this weekend's shooting in Orlando and expressed their shared commitment to continue their cooperation in combatting the spread of violent extremism, both regionally and internationally," the statement said.

© AFP 2020 / Mandel Ngan
Orlando Shooter's Brother-in-Law Saw No Signs of Radicalization
State Department spokesman Mark Toner had earlier told reporters that Kerry would likely discuss the Orlando attack with Salman following reports that the perpetrator visited the kingdom in 2011 and 2012 for a religious pilgrimage.

Kerry and Salman also discussed regional issues, including Yemen, Syria and Libya, at the dinner held in Salman’s honor on Monday.

Additionally, the officials discussed Saudi Arabia’s economic future and the bilateral relationship between the two nations.