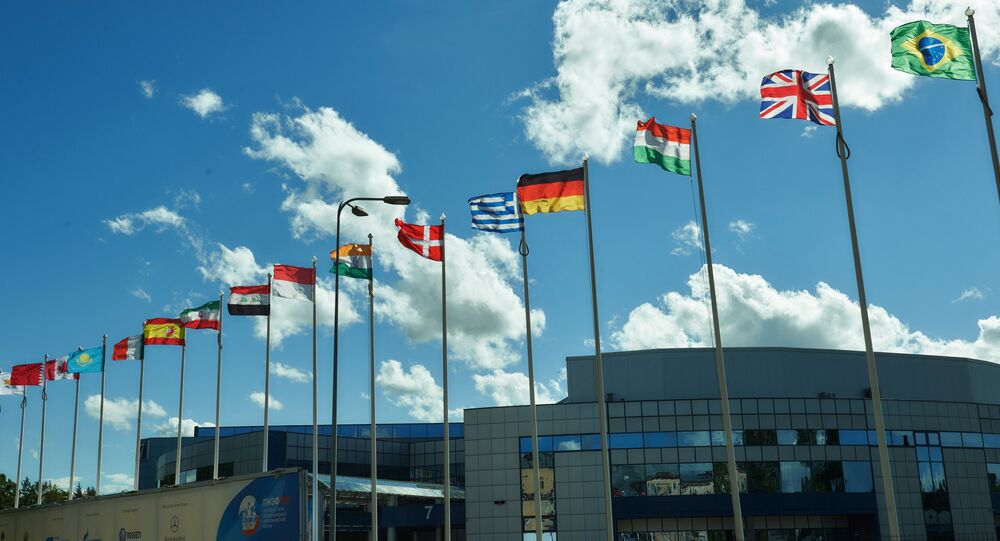 Next week's St. Petersburg International Economic Forum will host the leaders of several major foreign companies, indicating that both the EU and Moscow need to weaken sanctions, according to the German newspaper Handelsblatt.

© Sputnik / Vladimir Fedorenko
West's Decision to Extend Anti-Russia Sanctions Would Be 'No Surprise'
The fact that the leaders of major foreign companies are due to visit the 2016 St. Petersburg International Economic Forum next week is a sign that both Russia and the EU should consider easing sanctions, the German newspaper Handelsblatt reported.

The Handelsblatt said that the initiative could add significantly to defusing the ongoing standoff between Russia and Ukraine.

As for the 2016 St. Petersburg International Economic Forum, it won't just be attended by the heads of companies who opted to remain absent in recent years, but by European Commission President Jean-Claude Juncker as well.

The Handelsblatt quoted Linde Group chief executive Wolfgang Buchel as saying that Moscow is strongly interested in maintaining a dialogue between the EU and the Eurasian Economic Union.

Buchel also welcomed the fact that "Federal Chancellor Angela Merkel was also in favor of this dialogue," which could eventually lead to the creation of a common economic space stretching from Lisbon to Vladivostok.

"Merkel and Juncker want to court Moscow and with the help of one major decision to make corrections on the development of the conflict in Ukraine.This is an old recipe from Ostpolitik by Willy Brandt and Egon Bahr, which once led to the defusing of the East-West confrontation," the Handelsblatt said.

The EU will decide on the extension of the anti-Russian sanctions during its summit in late June. In a bid to ensure the EU's unity on the issue, German Foreign Minister Frank-Walter Steinmeier plans to go ahead with easing sanctions in the event that there is progress in the implementation of the Minsk Agreements on Ukraine, according to the Handelsblatt.

The move should add to defusing tensions between Russia and Ukraine, the newspaper said, citing Buchel as saying that the initiative is all about easing visa restrictions for Russian politicians rather than significantly weakening trade and financial sanctions.

© AP Photo / Gero Breloer
What's Behind Germany's Growing Calls for Easing Sanctions on Russia?
Buchel expressed serious concerns about the current situation in Ukraine, where he said the possibility of more social unrest persists because of the prolonged downturn in the economy.

Despite Kiev's Association Agreement with the EU, Ukrainian exports to Europe fell by seven percent in 2015, Buchel said, adding that billions of dollars would be invested in Ukraine, which he warned will not happen without progress in the reform process.

In addition, he said that Kiev should once again start developing trade cooperation with Russia, because it's the only thing that would allow Ukraine to become attractive enough for German companies' investments.