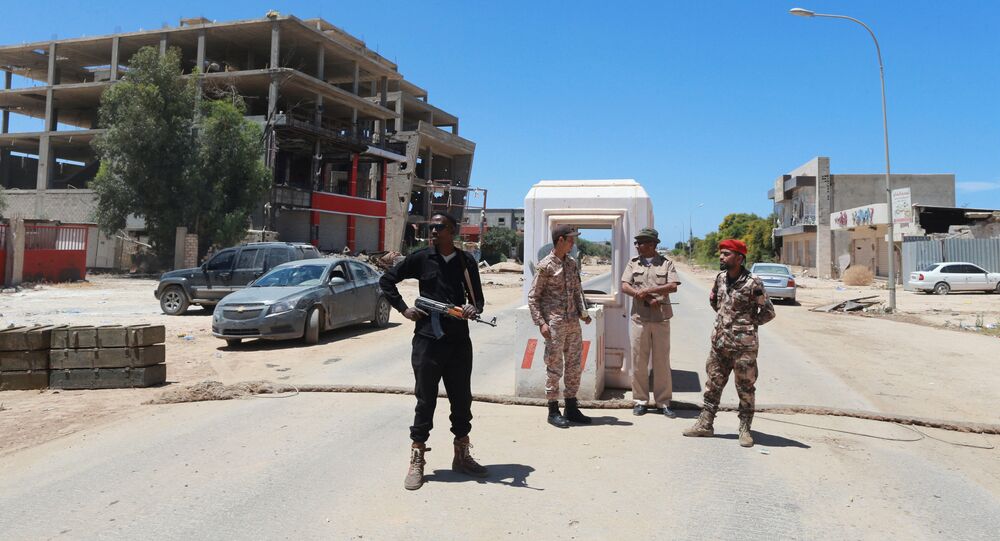 2012 attack on the US mission in Benghazi investigation must be testified.

© Flickr / mojomogwai
US Encouraged by Reports Daesh is Losing Ground in Libya - Pentagon
WASHINGTON (Sputnik) — A top Department of Defense official must testify in the US House of Representatives investigation into the 2012 attack on the US mission in Benghazi, Libya, Congressman Trey Gowdy, chair of the US House Select Committee on Benghazi, said in a statement after interviewing one of the drone operators working the night of the attack.

"Thorough, fact-centered investigations corroborate information with individuals who actually have specific knowledge and expertise," Gowdy said. "That means talking to enlisted service members with firsthand information is just as important as talking to the generals and admirals who command them."

© AP Photo / Riccardo De Luca
Libya Fighters Urged to Allow Trapped Civilians to Flee Benghazi - UN
On Thursday, the committee interviewed "John from Iowa," an unidentified US Air Force member who made allegations about the attack on a US radio show in 2013.

On Friday, Gowdy subpoenaed Assistant Secretary of Defense Stephen Hedger to testify about why he did not provide the airman’s name and information to the Benghazi committee.

"John" claims to be a drone operator for the US military who was working on September 11, 2012 when the Benghazi attack happened.

The 2012 attack at the US diplomatic compound in Benghazi on the 11th anniversary of the September 11 terrorist attacks on New York and Washington, DC, killed US Ambassador Christopher Stevens and three other Americans.