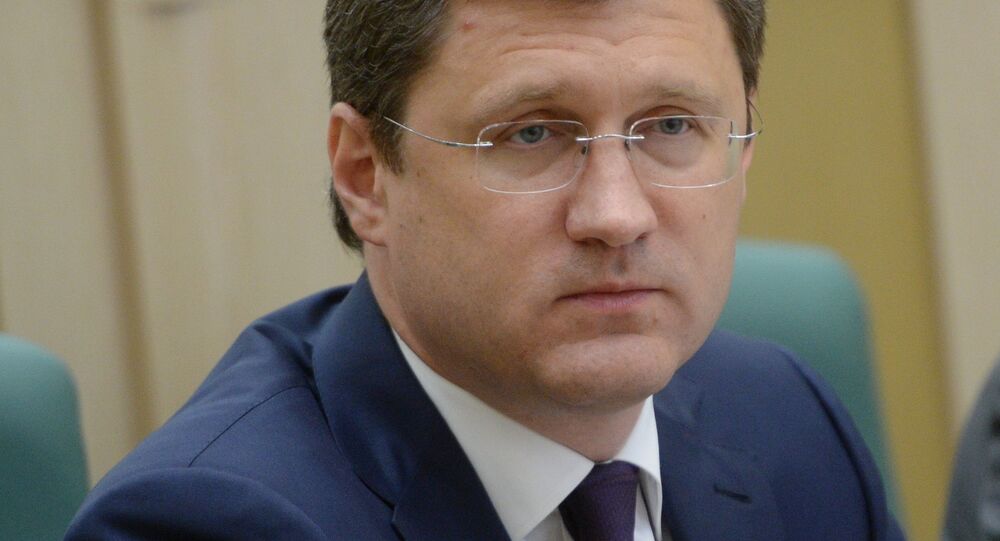 Russian Energy Minister said that Russia is not going to construct a gas pipeline under the Black Sea without a guarantee that the infrastructure will be in demand.

© AFP 2020 / ANDREY GOLOVANOV
Poland Unlikely to Extend Long-Term Gas Contracts With Russia After 2022
DUSHANBE (Sputnik) – Russia is not going to construct a gas pipeline under the Black Sea without a guarantee that the infrastructure will be in demand, Russian Energy Minister Alexander Novak said on Friday.

"President [Vladimir Putin] has clearly answered to this question, I can only repeat his words. We are in constant contact, in dialogue…. we can see the interest of our colleagues in the gas supply to southeast Europe… But first of all it depends on the implementation of these projects by the decision-making of the European Commission for the development of appropriate infrastructure and those routes that are needed to Europeans in the first place… Here we need guarantees, no one will construct a pipeline under the Black Sea, with no guarantee that the infrastructure will be in demand," Novak told reporters.

In 2014, Russia halted the implementation of the South Stream pipeline, which was intended to traverse the Black Sea to deliver Russian natural gas through Bulgaria, Serbia, Hungary and Slovenia to Italy and Austria to avoid exporting gas through the territory of Ukraine. Moscow gave up the project as the European Commission was against the implementation of it over an alleged breach of the EU energy legislation.

On Thursday, Russian President Vladimir Putin said that Russia was still determined to the idea of ​​building a gas pipeline across the Black Sea to Europe.