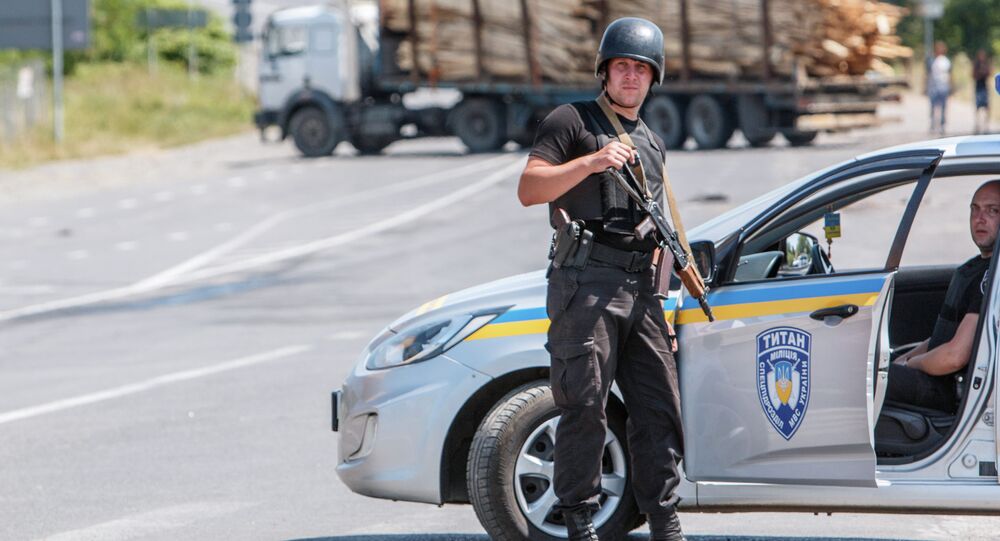 An annual report released by a global think tank designated Ukraine as one of the ten least peaceful countries in the world.

© AFP 2021 / Alexander Khudoteply
Ukrainian Security Service Denies UN Claims on Torture in Donbass
The Global Peace Index 2016 Report released by the Institute for Economics and Peace ranked Ukraine as 156th, effectively labeling the country as one of the ten most dangerous states in the world.

According to the report, the most dangerous and therefore the least peaceful country in the world is Syria, which is ranked 163th. Other countries deemed as at least slightly more dangerous than Ukraine were South Sudan, Iraq, Afghanistan, Somalia, Yemen and the Central African Republic.

At the same time, Sudan, Libya and Pakistan were deemed as more peaceful nations that Ukraine.

Meanwhile, Iceland was declared as the most peaceful country in the world, followed by Denmark, Austria, New Zealand, Portugal, the Czech Republic, Switzerland, Canada, Japan and Slovenia.

The Global Peace Index, launched in 2007 and updated annually, gauges the countries’ peacefulness according to three broad themes: the level of safety and security in society, the extent of domestic and international conflict, and the degree of militarization. It also considers a wide array of factors, both internal (crime and violence levels) and external (wars, military expenditure).