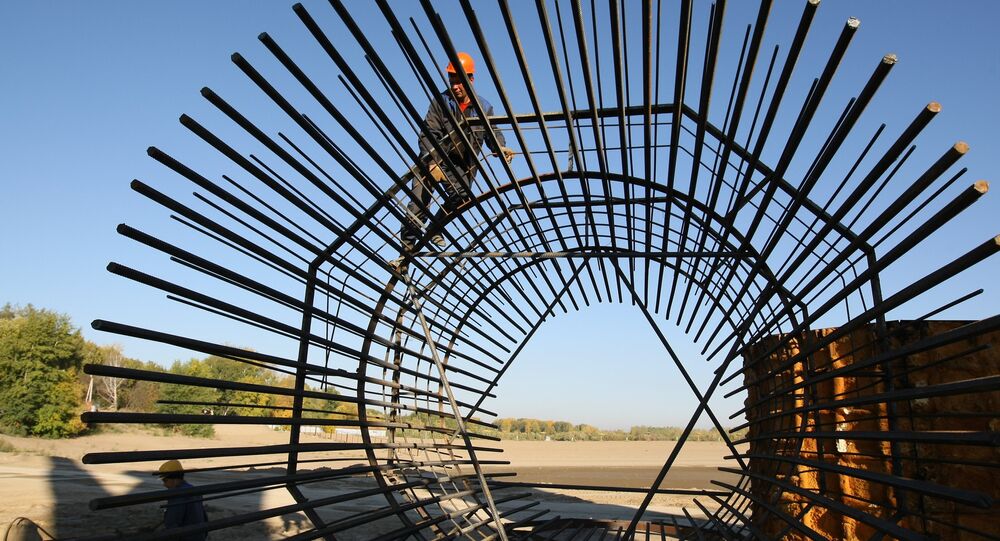 Russia has officially started constructing its portion of a major railroad bridge over the Amur River to China, according to the Chinese news network CCTV.

© AP Photo / Alexander F. Yuan
Bullet Speed: China Develops Next Generation High-Speed Train for Russia
The construction of the Russian side of the bridge kicked off on Thursday, the Chinese news network CCTV reported.

The 2,215-meter bridge will link the city of Tongjiang in China's Heilongjiang Province with Nizhneleninskoye in Russia's Jewish Autonomous Region.

China started constructing its segment in August 2014 and is now wrapping up the process, according to CCTV. The length of the Chinese segment of the bridge totals 1,886 meters.

The Russia-China railroad bridge is slated to be completed by June 2018. Once constructed, it will become the main channel of communication for the economic corridor between China, Russia and Mongolia, as well as for the "New Silk Road" route that will be laid across the province of Heilongjiang.

© AFP 2021 / Peter PARKS
Russia, China Working on Plan on Nuclear Cooperation Development
Trains crossing the bridge are expected to move at a speed of about 100 kilometers per hour, the bridge's capacity totals approximately 21 million metric tons per year.

The goal is to unite the railway network in Northeast China with Russia's famous Trans-Siberian Railway to form a new single international railway route.