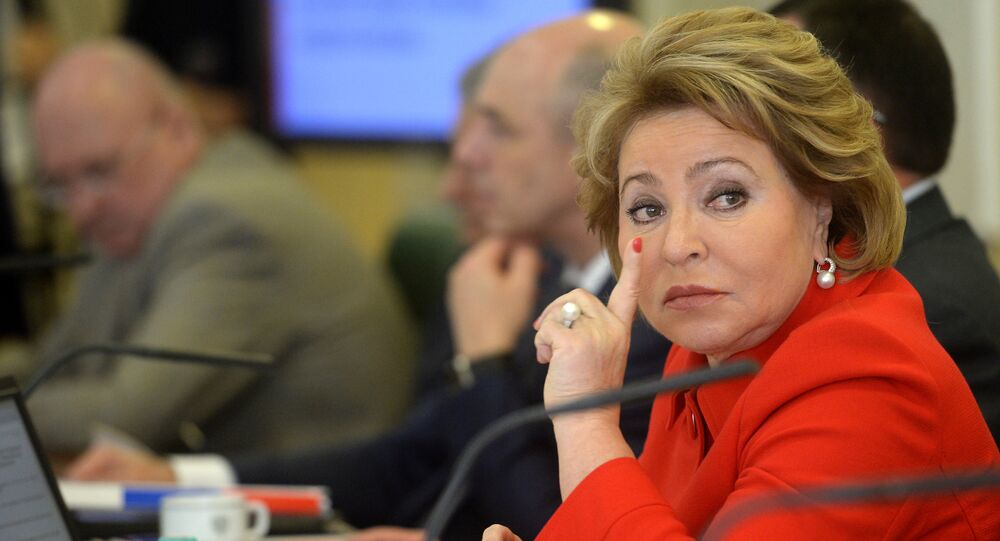 The agreement to provide Russian pensions to residents of Israel who previously lived and worked in Russia and the USSR is confirming a special nature of relations between the two countries, the speaker of the upper house of the Russian parliament said Monday.

"As you know, the agreement [on pensions] is reached. We have left nothing unattended. I think this is a very important agreement between Russia and Israel, which restores social justice and reaffirms the special nature of Russian-Israeli relations," Valentina Matvienko said at a meeting with Jerusalem Affairs and Heritage Minister Zeev Elkin.

The deal is set to be signed during Israeli Prime Minister Benjamin Netanyahu's visit to Russia dedicated to the 25th anniversary of the reestablishment of diplomatic relations between the countries. The prime minister is visiting Russia between Monday and Wednesday.

The agreement makes provisions for those who worked in the Russian Federation, or its predecessor, the Russian Soviet Federative Socialist Republic, to receive Russian state pensions regardless of whether they have retained their citizenship.

Russian Jews migrated to Israel from the Soviet Union in large numbers throughout the 1970s when Soviet authorities lifted the ban on Jewish emigration. The next wave of Jewish emigration took place after 1989. Currently, Israel's Russian Jewish population amounts to around 1,000,000, according to Israeli government statistics.