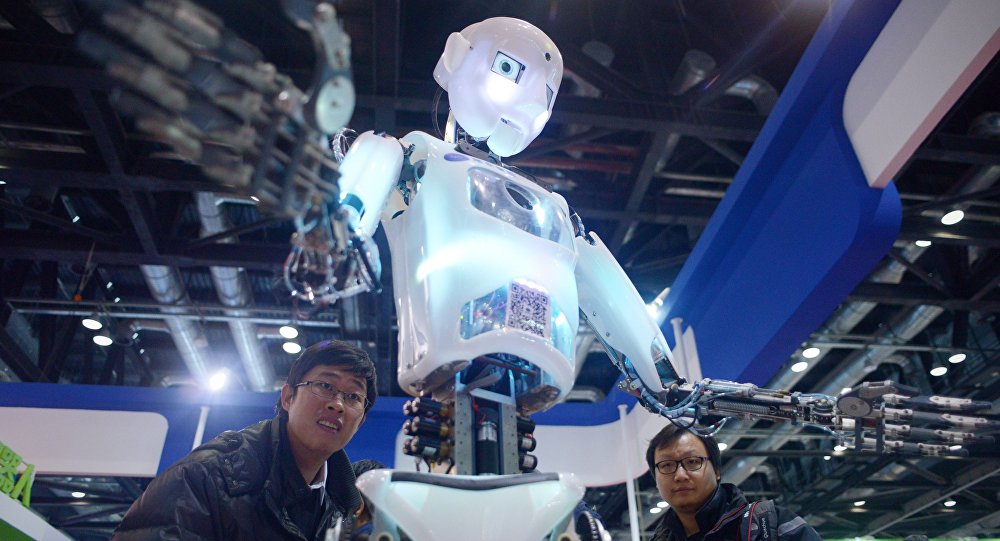 Silicon Shenzhen: China Reveals Plan to Wrest Away US R&D Title by 2049

China has more than doubled its investment in research and development and wants to become the world's leader in the field by 2049; experts in East Asia told Russian newspaper Vzglyad how realistic that goal is. 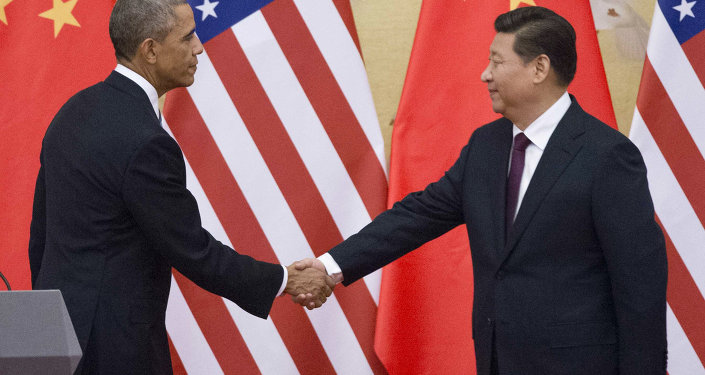 © AFP 2019 / Mandel NGAN
China Spends $1 Trillion on ‘New Silk Road’ to Surpass US on World Stage
On Tuesday Chinese President Xi Jinping announced China's target to the world's leader in research and development by the middle of this century.

At the biennial conference of the country's top science and technology think-tanks, Xi Jinping said China aims to become one of the most innovative countries by 2020, and a leading innovator by 2030.

By the 100th anniversary of the founding of the People's Republic of China in 2049, it wants to be the world's most advanced developer of science and technology.

Since 2010, China's investment in research and development has more than doubled, and Chinese businessmen working in the scientific sphere told Russian business newspaper Vzglyad that China's aim is certainly achievable, if the economy continues to grow sufficiently.

"China's chances of achieving this aim are not huge, but they are there. It is well known that China has a high level of higher education. China is not lagging behind any of the world's R&D leaders in the quantity and quality of the country's scientists," he said.

"The Chinese economy is continuing to grow, which gives scientists the financial support they need, so the potential is there."

Strategy and technology analyst Vasiliy Kashin of Russia's Academy of Sciences (RAN) told Vzglyad that the market will provide the measurement of China's achievement.

"We need to see the same amount of innovative products developed in China by Chinese brands as we see from the US. The Chinese brands Lenovo and Huawei are well known, but for such a gigantic country, how many are there?" Kashin said.

"I think China can become a leader in certain areas which it believes to be of key importance for itself: atomic energy, aerospace, electronics and aviation."

Kashin said that discussion over China's progress in R&D is already ongoing in the US, where opinion is divided over China's ability to take over.

"There are some skeptical voices. There is still a range of weaknesses related to an investment climate that is not very good, not enough protection for property rights, including intellectual property, the inability of the education system to produce enough people who are capable of original innovation."

"But at the same time, massive progress has been recognized in a lot of spheres and it is recognized that China is in a leading position in local sectors like supercomputers, biotechnology and so on," Kashin said.

© AP Photo / Kin Cheung
An employee from DJI Technology Co. demonstrates the remote flying with his Phantom 2 Vision+ drone in Shenzhen, south China's Guangdong province.
Alexander Lomanov of RAN's Far East Institute said that the number innovative Chinese products that reach the market will not be the only marker of success.

"There have been huge advances in uniting Western economic theory of the free market with Chinese particularities. How can you measure that progress? Only by (analyzing) how the country develops generally. The humanities are important, and you can't measure that, that can only be felt, by the quality of the scientific literature," Lomanov said.

© Flickr / Ali Eminov
Spy Paranoia? US May Bar International Students From University Research
"If they spent as much as the US on science, then catching up with the US is absolutely possible. Today the pay in Chinese universities and academies is very high."

Lomanov said that China's development of R&D is another indicator of its changing economic model.

"China's extensive growth has finished, there will never again be workers there who will sew shirts for $100 a month. That kind of thing is for neighboring countries."

"This is about something else – a Chinese engineer or scientist, who for $3,000 will do the same work that an American wants to do for $10,000, and he will do the work on a comparable level."

"This niche is promising for the next few decades. China will never again be a nation of cheap labor. Now its goal is to become a nation of highly-qualified employees," Lomanov concluded.