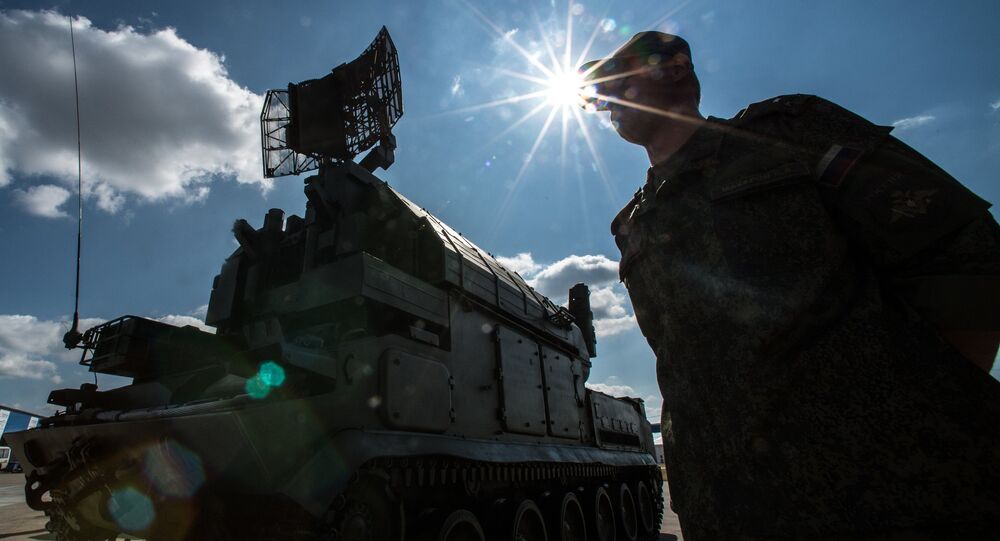 Russia is strengthening the defense of its sector of the Arctic by developing an Arctic version of its Tor missile defense system, and reports suggest that a ‘family’ of high-pass armored vehicles is also under development. Speaking to Sputnik, a military expert argues that these measures are a direct response to NATO actions in the region.

An Arctic version of the missile system for surface-to-air defense, Tor, is set to enter testing in Autumn 2016, a representative of the manufacturer, Izhevsk Electromechanical Plant, part of Russia’s Almaz-Antey defense manufacturer, told the Russian media.

“The developers have presented an advanced module of the Tor (NATO reporting name: SA-15 Gauntlet) small-range air defense missile system, mounted on the chassis of the DT-30 all-terrain articulated carrier,” the representative said.

He added that all its major characteristics are similar to that of the Tor-M2 system mounted on the tracked chassis, with the only difference being that the Arctic version is mounted on an amphibious platform.

The modern version Tor-M2 can engage all kinds of modern air targets flying at a speed of up to 700 meters per second at a distance of 12 km and altitude up to 10 km.

© Sputnik / Alexey Filippov
Russian Navy Begins Transporting Supplies for Arctic Military Facilities
In recent years Russia has been actively exploring its northern territories. The priority projects involve the extraction of mineral resources and the development of the Northern Sea Route, which is gradually becoming an alternative to the traditional sea lanes from Europe into Asia.

Taking into account the greatly increased interest to the region from NATO member-states, Russia has made a decision to strengthen its presence in the region, including militarily.

Since 2014, Russia’s General Staff has been deploying a full-fledged command and military infrastructure in the region.

All the above may be considered as an answer to the actions of the NATO member states in the region, Igor Korotchenko, a military expert and chief editor of the Russian magazine National Defense, told Radio Sputnik.

© Flickr / 4 Cdn Div / 4 Div CA - JTFC/FOIC
Battle for the Arctic: Canada Boosts Military Presence in the Far North
“Taking into account that in recent years NATO is moving actively into the Arctic region, building its military infrastructure there, Russia is forced to respond,” he said.

However the expert added that Russia’s measures are more of the defensive character, they are asymmetric and cost effective in comparison to what is being spent by NATO.

The Arctic is a major source of oil and gas resources and many powers are tempted to obtain a piece of Russia’s Arctic segment, which is why Russia is building all the necessary infrastructure and equipment for its defense, he said.

Taking into account the specifics of the region – its low temperatures – Russia has developed a new generation of its armored vehicles which can use the armament systems for its Arctic brigades and military camps, which Russia is currently deploying to its archipelagos in the Arctic Ocean.

According to the expert, the experience of the last decade reveals that weakness only provokes more aggression from the US and other NATO member states.

“If a country is unable to defend itself, its natural resources, it inevitably becomes a target for the informational, political and economic pressure,” he said.

© Sputnik / Alexei Druzhinin
Putin Inaugurates First Oil Shipment Via Russia's New Arctic Gate Terminal
And added that if the above does not work, then military actions come into play.

Nowadays a war, he said, is a mean of solving economic problems, thus we are witnessing an economization of the arms race, the final purpose of which is to ensure the access of the US to various oil and gas resources.

Everything is pretty trivial – it eventually bumps up into oil and gas, Korotchenko said. Thus, Russia’s task is to demonstrate to the neighboring countries that Russia’s sector of the Arctic is Russia’s not only due to international law, but that it has enough of its military potential to keep the neighbors out of its territory.

And if anyone risks intruding, their actions won’t go unpunished.

“This is the core of our policy – defend our territories and natural resources,” he finally stated.

Russia Considers Expanding Its List of ‘Historic Waters’ in Arctic