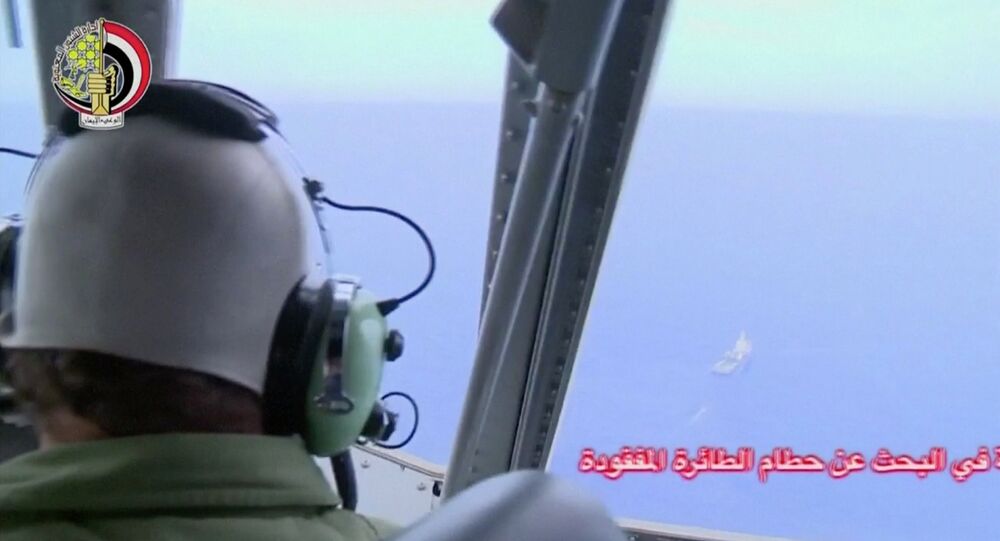 A signal has been reportedly detected from one of the flight recorders of the EgyptAir A320 passenger jet that crashed in the Mediterranean earlier in May.

MOSCOW (Sputnik) — The Egyptian investigation committee has confirmed that a signal from a possible recorder from the MS804 EgyptAir flight, which crashed with 66 people on board, was received from the floor of the Mediterranean Sea.

"Signals from the seabed in the search area [in the Mediterranean Sea]… is likely to be from a recorder, " the  investigation committee said in a statement.

On May 19, The EgyptAir Airbus A320 plane disappeared from radar screens over the Mediterranean Sea, 10 miles into Egyptian airspace. The plane was headed from Paris to Cairo.

© AP Photo / Thomas Ranner
Search Narrows for EgyptAir Flight 804 as ‘Signals’ Emit From the Sea
If the flight recorders' location is found the SV John Lethbridge vessel operated by the Deep Ocean Search company will be engaged in buoying the recorders, the statement specified.

The investigation committee notes that the involved sides are currently increasing the search efforts in the area of the disaster.

On May 19, EgyptAir Airbus A320, flying en route from Paris to Cairo, disappeared from radar screens over the Mediterranean Sea, 10 miles into Egyptian airspace. There were 56 passengers and 10 crew members on board.

Egyptian Minister of Civil Aviation Sherif Fathi has confirmed that some debris from the plane and remains have been recovered. The search operation is still underway and involves the naval and air forces of Egypt, France, Greece and the United States.