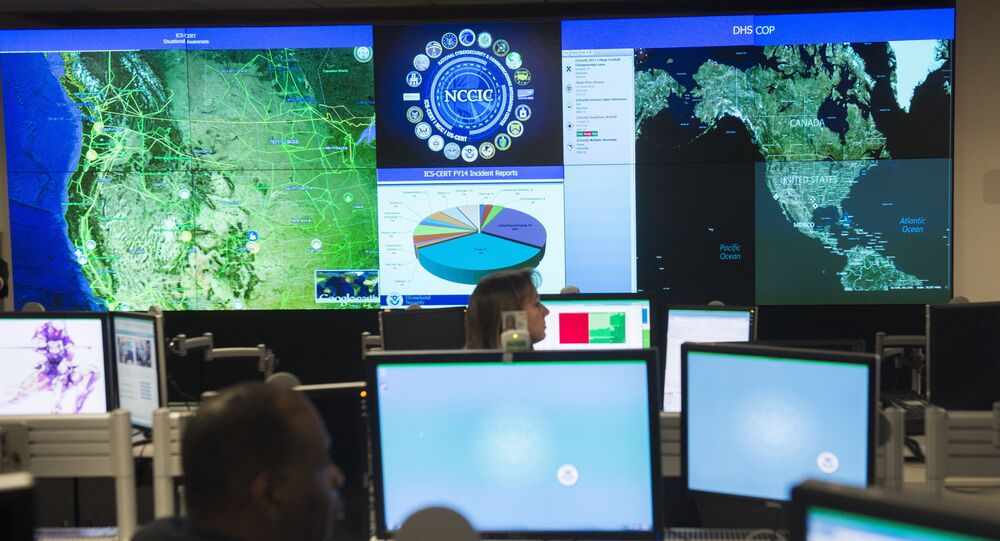 The United States is not considering any discussions on military level with Russia regarding cybersecurity issues, US Department of Defense (DOD) spokeswoman Lt. Col. Michelle Baldanza told Sputnik.

WASHINGTON (Sputnik) — Earlier in May, Special Representative of the President of the Russian Federation for International Cooperation in Information Security Andrei Krutskikh said that Moscow is calling for regular cybersecurity meetings with Washington, including on the military level.

"At this point in time, there are no plans for the DOD to have discussions with the Russian military regarding cyberspace," Baldanza said on Tuesday.

"In light of Russia's aggressive actions in Ukraine, the DoD put a hold on all military-to-military engagements between the United States and Russia — this includes exercises, bilateral meetings, port visits and planning conferences," Baldanza explained.

© Flickr / fortytwenty
EU Council Passes New Tough Cybersecurity Rules
However, at bilateral consultations held on April 21-22 in Geneva, high-ranking Russian and US officials agreed to boost practical cooperation in the fight against cyber threats. Moscow and Washington discussed improving information exchanges via channels of communication in line with the June 17, 2013, joint statement on cooperation to counter terrorism.

Russia's relations with the West deteriorated significantly over Ukraine crisis. In 2014, the United States alongside with the European Union, and a number of other nations, accused Russia of interfering with Ukraine's internal affairs, and, as a punitive measure, imposed several rounds of sanctions on Moscow. The Russian authorities have repeatedly denied the allegations.