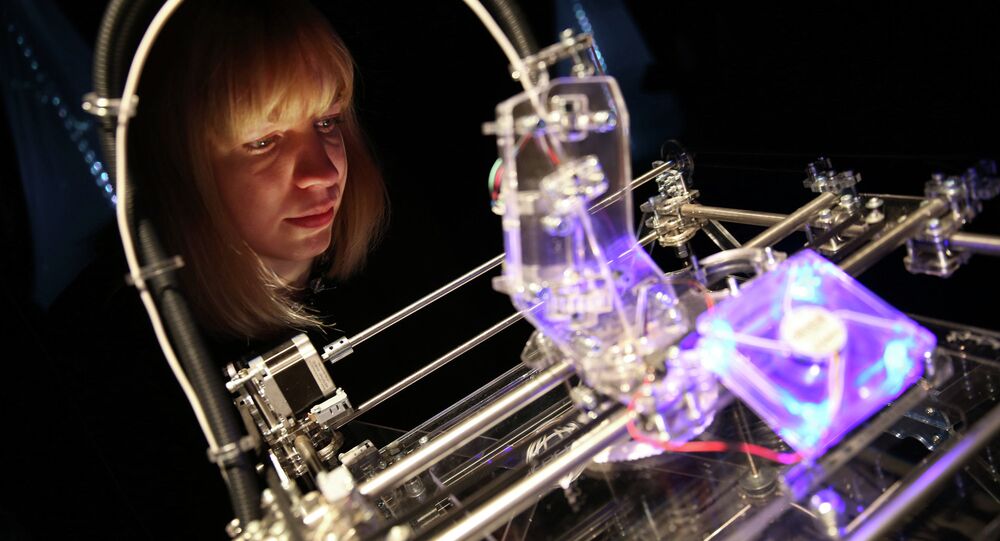 A team of specialists in Brazil has constructed a new shell for a tortoise injured in a fire with the help of a 3D printer.

Dr. Rodrigo Rabello found a female turtle in terrible condition after it survived a forest fire. He decided to try and cure the creature, The Huffington Post reported.

© Photo : Youtube / Popular Mechanics
The Riddle of the Cube: Watch a 3D Printer Get Completely Disassembled
The tortoise, whom Ranello named Fred after Freddy Krueger from "A Nightmare on Elm Street" lost most of its shell in the blaze. Moreover, it went through two bouts of pneumonia and hadn't eaten for over a month.

Rabello belongs to a Sao Paulo-based volunteer team called Animal Avengers, which consists of three veterinarians, a graphic designer and a surgeon-dentist.

In order to construct a new shell for the tortoise, the group first took multiple photos of Fred from different angles and compared them to pictures of a healthy turtle.

When a 3D model was created, the team printed out four separate pieces from a corn-based plastic, which afterwards were assembled on Fred. A local artist Yuri Caldera then painted the shell in natural colors.

This is the first prosthetic of a 3D shell in the world, according to Rabello, and a major step forward in veterinary medicine.

"It's a total satisfaction, we'll always strain to save a life, no matter whose," the doctor stressed.

Fred now reportedly lives with Rabello and is feeling well.

Phillip the Duck Gets New Feet With Help of 3D Printer