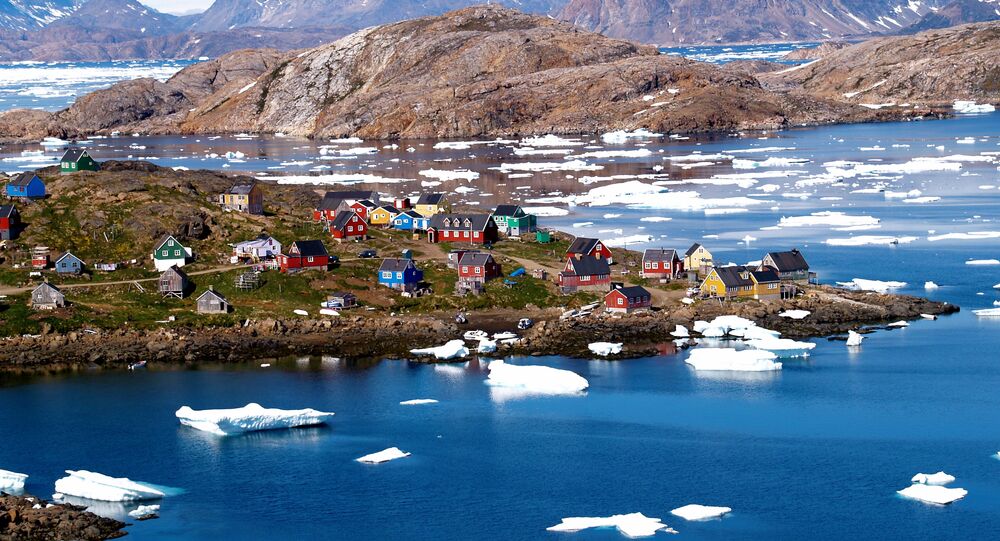 Greenland is not expecting any real outcome of its oil and gas exploration in the Arctic over the next five to 10 years, Greenland’s Deputy Minister of Mineral Resources Jorgen Hammeken-Holm told Sputnik on Tuesday.

© AFP 2020 / Adrian Dennis
Shell Pullout From Arctic Oil Exploration Discouraging - US Arctic Representative
MOSCOW (Sputnik) – Greenland’s northeastern area may contain oil reserves of over 31 billion barrels, according to the US Geological Survey. Denmark's autonomous region has long had hopes for oil exploration as a way to gain economic independence from Copenhagen.

"When it comes to oil and gas exploration, our focus is on the north-east Greenland where we have 5 licenses for exploration and exploitation of the area. The overall view is that exploration of oil and gas in Greenland is a long-term relationship. So it is not expected to have an outcome next year or in the short term. The government and the society do not expect an outcome from this in the next 5 to 10 years. This is a long-term investment," Hammeken-Holm said.

Extracting oil in the Arctic’s severe conditions becomes too costly and unprofitable given the large drop in oil prices, however, Greenland works on promising projects on minerals extraction, the deputy minister added.

"Concerning exploration and exploitation of minerals, although it is very difficult to attract investment, we still have some good projects… We have rare earth [metals] in south of Greenland, some of the biggest mines in the world… So we have good lines we are working on," Hammeken-Holm said.

Being part of the Danish Realm, Greenland gives Denmark the status of an Arctic state, thus being of a strategic importance for the country.

Although oil exploration in the Arctic could be harmful for the environment, the race among the five Arctic states — Russia, Canada, the United States, Norway and Denmark — is still on. Norway gave it a fresh push last week by issuing drilling licenses to 13 oil companies to explore the Arctic areas, including the Barents Sea.