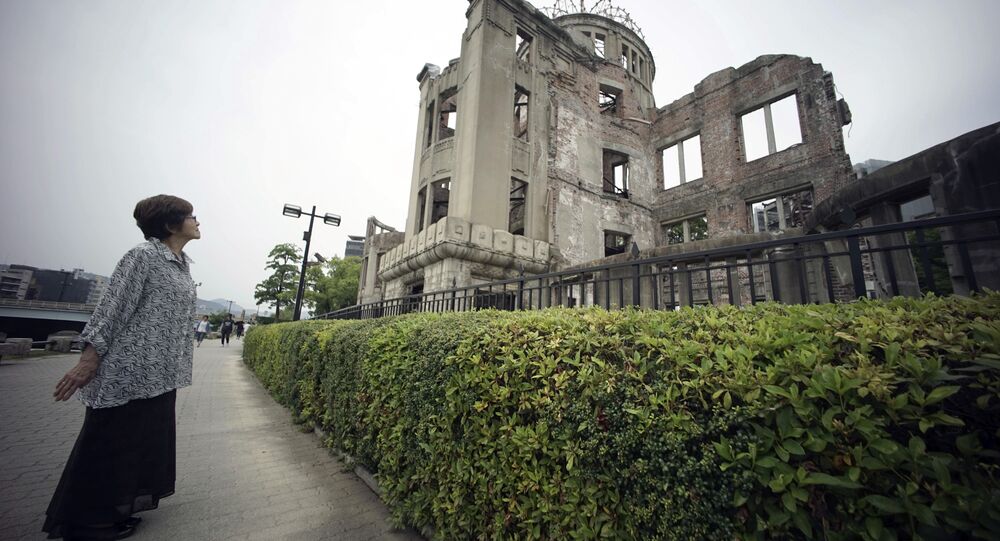 The Japanese government's position on the nuclear bombing of Hiroshima and Nagasaki by the United States during World War II has not changed.

© Sputnik / Sergey Krasnouhov
Russian Experts Camp Out on Kurils to Examine Japan's WWII Fortifications
TOKYO (Sputnik) — Japan's Foreign Minister Fumio Kishida on Tuesday re-affirmed the Japanese government's position on the nuclear bombing of the Japanese cities of Hiroshima and Nagasaki by the United States during World War II, describing them as contradicting both humanist principles and international law.

"This does not conform to the humanism that forms the ideological basis of international law. The Japanese government is explaining this across various platforms," Kishida told reporters.

The large-scale loss of life as a result of the bombings has led to "a poor situation in terms of humanism," he added.

© Sputnik / Grigoriy Sisoev
Japan Hopes to Address WWII Peace Treaty With Russia at Ministerial Talks
The statement comes ahead of the G7 meeting due to take place on May 26-27 in Japan's Ise-Shima. US President Barack Obama will visit Hiroshima, making him the first incumbent US president to do so. He is expected to honor the memory of those who died in World War II and reaffirm the goal of creating a nuclear free world. In April, the foreign ministers of the G7 adopted a declaration stressing the inhumane nature of nuclear weapons.

In 1945, the United States dropped two atomic bombs on Hiroshima and Nagasaki, on August 6 and 9 respectively. The bombing in Hiroshima killed about 150,000 residents of the city, and the raid on Nagasaki claimed the lives of some 70,000 people. The bombings prompted Japan's unconditional surrender on August 15, bringing World War II to an end.

Earlier this month, a Sputnik.Polls poll conducted in Japan revealed that 61 percent of the Japanese believed the United States should apologize for the atomic bomb attacks, while 74 percent of respondents said that the attacks could not be justified by the war because the civilian death toll they inflicted was disproportionate.