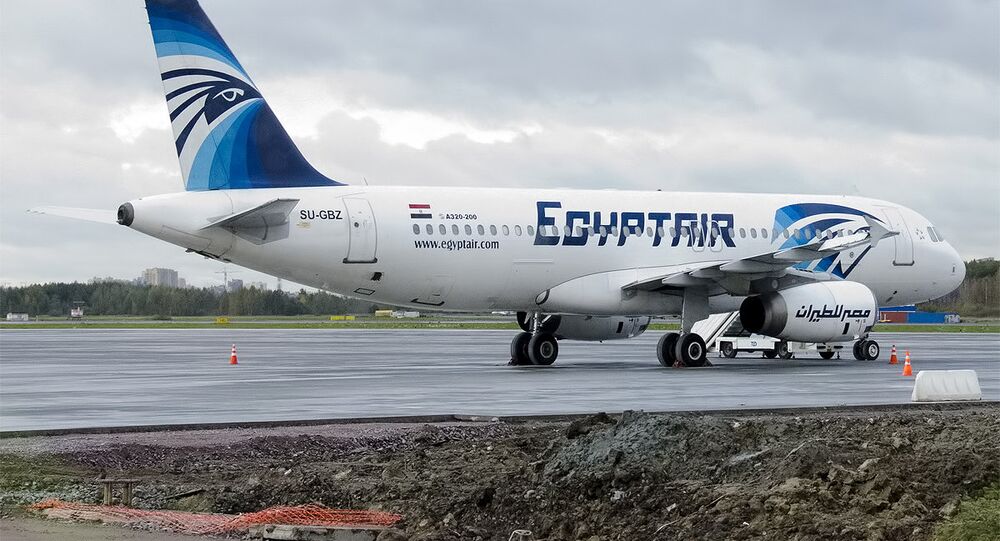 Еhe US-based intelligence analysis company Stratfor said that the fact that no terrorist group has claimed responsibility for the EgyptAir MS804 flight crash could possibly mean the accident has been caused by a technical failure rather than a bomb.

© AP Photo / Egyptian Defense Ministry
All EgyptAir Plane Crash Versions Still on Table Despite Reports on Smoke Aboard - Paris
MOSCOW (Sputnik) — The fact that no terrorist group has claimed responsibility for the EgyptAir MS804 flight crash could possibly mean the accident has been caused by a technical failure rather than a bomb, the US-based intelligence analysis company Stratfor said on Saturday.

"As the investigation into the crash of EgyptAir Flight 804 continues and searchers begin to find evidence, the jihadist world has been strangely silent. The one obvious explanation for this is that a catastrophic mechanical or electrical failure brought down the aircraft rather than a bomb," Stratfor said in an analysis.

According to Stratfor, jihadists have claimed responsibility the same day or within 24 hours for all major terrorist attacks in recent times, including those in Brussels, Paris and Jakarta.

"Judging by the pattern of previous claims, if the Islamic State [outlawed in Russia], al Qaeda or a regional affiliate were behind this attack, we would have expected to see a claim of responsibility by now," the analysis continues.

According to the analysis, the fact that not a single terrorist group has associated itself with the EgyptAir plane crash does not mean the accident was not a terrorist attack.

On Thursday, the EgyptAir Airbus A320 plane, carrying a total of 66 people, disappeared from radar screens over the Mediterranean Sea, 10 miles into Egyptian airspace. The plane was headed from Paris to Cairo.

EgyptAir has said via Twitter that the Egyptian Armed Forces have discovered the wreckage and personal items from flight MS804 183 miles from the coast of Alexandria.