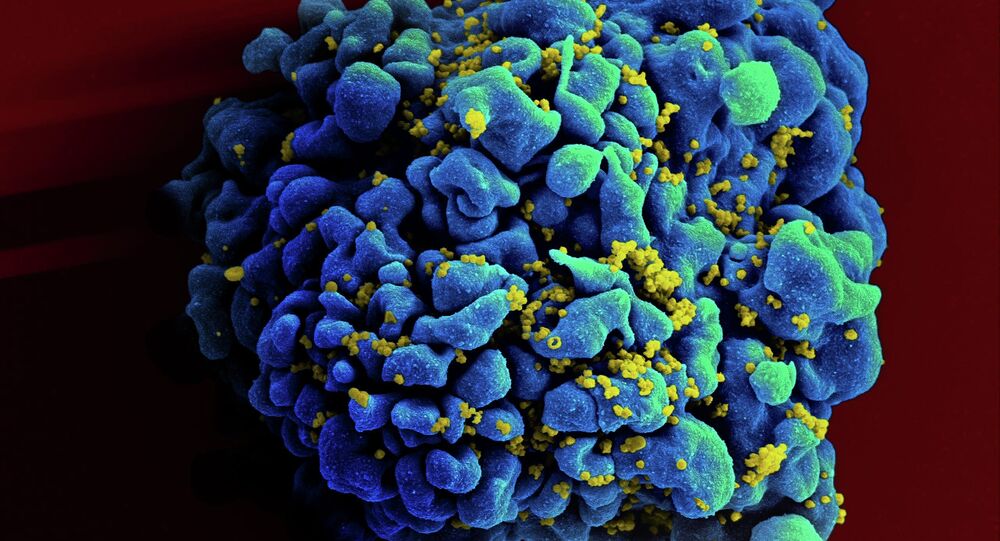 Cure Around the Corner: In First, HIV Virus DNA Removed From Living Tissue

Scientists at Temple University in Philadelphia, Pennsylvania, have successfully extracted the DNA of the HIV virus from living tissue, bringing a long-awaited cure one step closer.

© Flickr / WHO
Ray of Hope: British Scientists Discover Possible Cure for Cancer
The treatments currently available for HIV patients are antiretroviral drugs that treat the infection by suppressing virus levels so that the body's immune system can cope. Those drugs are helpful in regard to keeping the infection under control, but they cannot completely rid cells of HIV.

A team of researchers in the US, with the use of a specialized gene-editing method, has removed DNA from HIV-1 strains in several organs of infected experimental animals, according to a study published in the journal Nature Gene Editing.

Scientists earlier reported effectively editing out and eliminating the virus from human cells under laboratory conditions, but, in the most recent tests, for the first time they accomplished the same task using live mice and rats.

"In a proof-of-concept study, we show that our gene-editing technology can be effectively delivered to many organs of two small animal models and excise large fragments of viral DNA from the host cell genome," reads a statement from the group's lead researcher, Professor Kamel Khalili.

© Sputnik / Vitaliy Ankov
Fountain of Youth? Russian Scientists Discover a Possible Cure for Aging
One of the biggest problems with the virus is that it can persist in the immune system's T-cells and other places where it is not active, thus rendering it unaffected by current treatment. By interrupting the treatment, one risks a rapid rebound in HIV replication, eventually getting full-blown AIDS.

The breakthrough newly-designed technology could potentially solve this problem. The current study shows that edited cells are not just HIV-free, but also permanently guarded against reinfection from other unedited cells.

"The ability of the rAAV delivery system to enter many organs containing the HIV-1 genome and edit the viral DNA is an important indication that this strategy can also overcome viral reactivation from latently infected cells and potentially serve as a curative approach for patients with HIV," Khalili said.

He stated that a successful application of gene therapy "should lead to the cure of HIV."

Scientists expect a clinical trial within the next few years, but their primary focus is currently on conducting another similar study involving animals.

US Presidential Candidate Sanders Aspires to Eliminate HIV by 2025