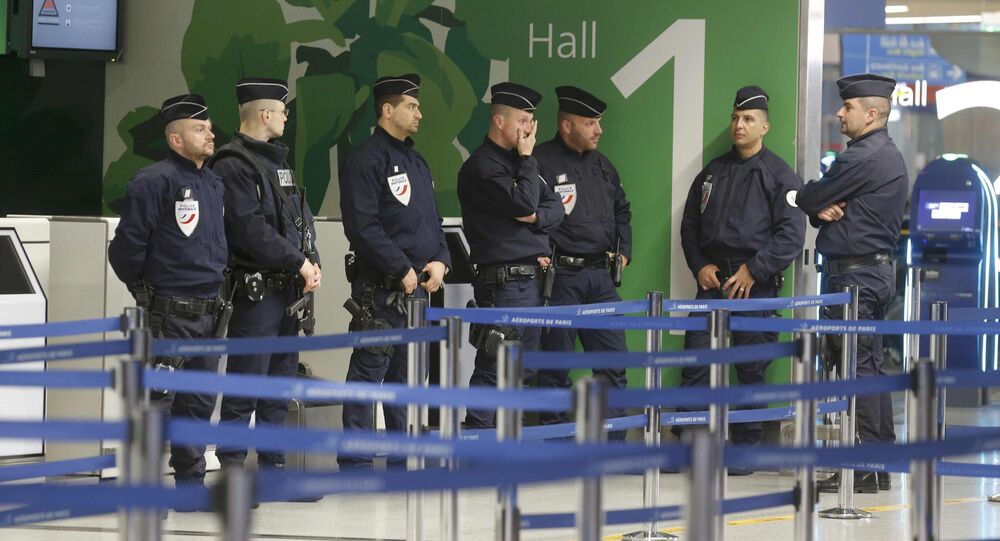 It is completely clear that it would be impossible to bring anything prohibited on board the EgyptAir plane or any other airplane, according to the Charles de Gaulle Airport’s press service.

© AP Photo / Petros Karadjias
NATO Ready to Help Investigate EgyptAir Flight MS804 Disappearance
PARIS (Sputnik) – Preflight checks at the Paris airport from where the EgyptAir passenger jet departed and disappeared over the Mediterranean Sea earlier on Thursday were in complete compliance and it would be impossible to carry any prohibited items on board the aircraft, the Charles de Gaulle Airport’s press service said.

"It is completely clear that it would be impossible to bring anything prohibited on board the EgyptAir plane or any other airplane. It’s necessary to understand that we are doing everything possible to avoid any type of risk," an airport spokesperson said.

"I can’t tell you that it wasn’t a bomb or an explosion, the investigation is ongoing and only the authorities can make such a statement," the spokesperson said.

EgyptAir Flight MS804 departed from the Charles de Gaulle Airport in Paris at 23:09 GMT. The aircraft was heading for Cairo International Airport. According to the airline, there were a total of 66 people on board the plane, including 56 passengers.