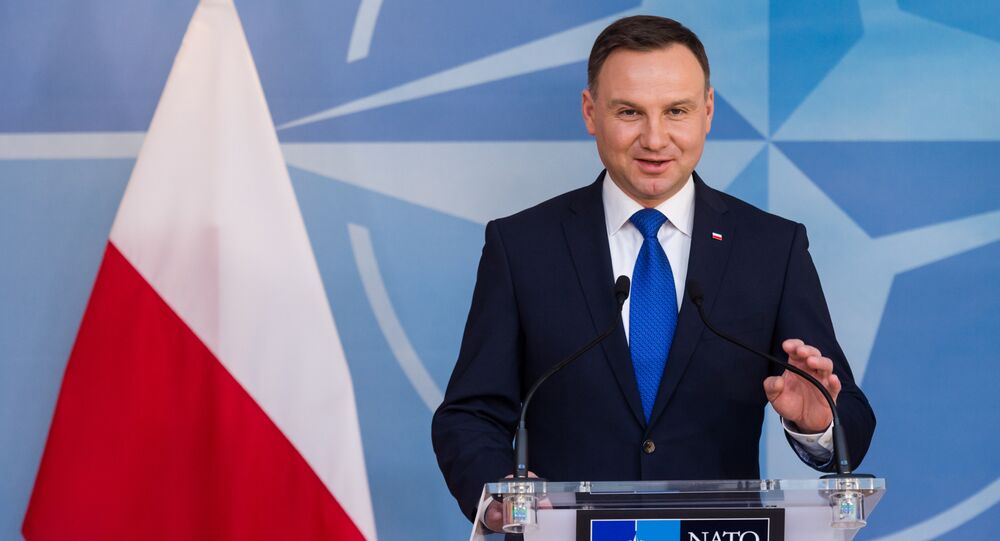 Polish President Andrzej Duda has made it clear that his country is not interested in a Cold War emerging between NATO and Russia, according to Radio Poland.

The remarks came ahead of his meeting with Italian counterpart Sergio Mattarella in Rome later that day.

"We do not intend to isolate Russia. We have no interest in a return to the Cold War," Duda was quoted by Radio Poland as saying.

The Polish news agency Polska Agencja Prasowa, in turn, quoted Duda as calling for "a full-fledged dialogue to reduce the risk of error, avoid conflicts and increase predictability in our relations."

According to Duda, interaction with Moscow "should not in any way affect" agreements within NATO on joint defense-related issues.

As for the dialogue, it should be based "on the principles of international law and respect for the territorial integrity of all countries," Duda pointed out.

Last week, Warsaw proposed to strengthen the security role of the Organization for Security and Cooperation in Europe in order to prevent dangerous confrontations of the kind which have become a regular occurrence during the past two months between Russian and NATO planes and warships near Russia's borders, according to the Russian newspaper Kommersant.

© Flickr / Yidian Cheow
'Abnormal' Russia-US Relations Haven't Reached Cold War Chill
Also last week, the construction of a US missile defense base began in Poland, with President Duda claiming that such facilities "will help strengthen the security of the free world."

The West has repeatedly cited threats allegedly emanating from Russia, which it says has prompted NATO to build up its presence in Eastern Europe. In early May, Pentagon chief Ashton Carter said that NATO is considering the deployment of its four battalions in the Baltic States and Poland.

Russian authorities, for their part, have more than once stressed that Moscow is not interested in fomenting confrontation, but that it is ready to respond in kind if NATO initiates hostilities.