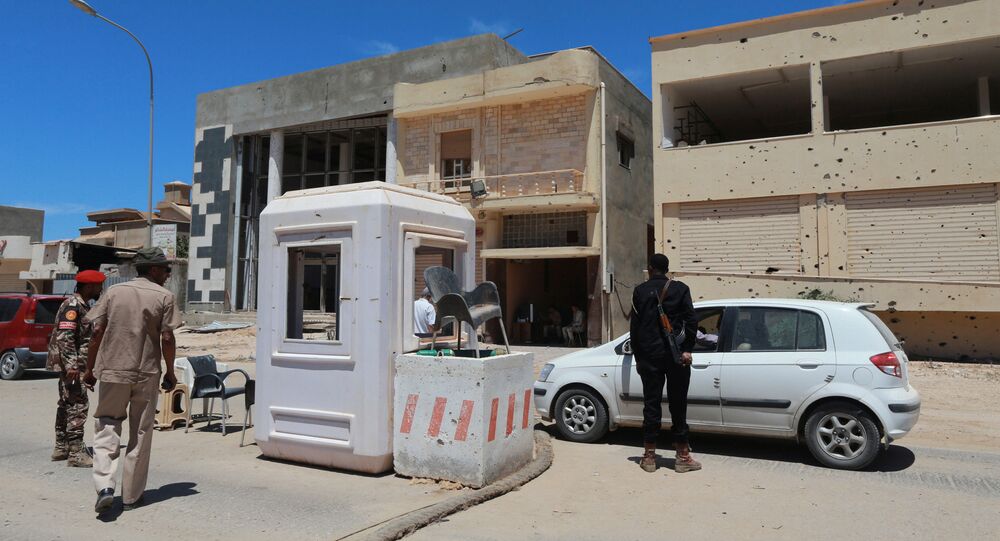 Earlier on Monday, the United States and Italy co-chaired a gathering of foreign ministers from over 20 countries in Vienna to discuss providing security and humanitarian assistance to Libya’s new government.

© AFP 2020 / MAHMUD TURKIA
US Ready to Launch Additional Airstrikes in Libya
MOSCOW (Sputnik) — Russia will be ready to consider the possibility of arms deliveries to legitimate Libyan government only if the UN Security Council approves the lifting of weapons embargo in force since 2011, the Russian Ambassador to Libya said Monday.

Earlier on Monday, the United States and Italy co-chaired a gathering of foreign ministers from over 20 countries in Vienna to discuss supporting Libya’s new government with security and humanitarian assistance.

"The issue of lifting the weapons embargo was discussed. It is premature to say that the embargo will be lifted soon as it should be decided by the UNSC and involves consideration of a wide range of criteria and conditions," Ivan Molotkov, who took part in the meeting, told RIA Novosti in a phone call. "The issue will be decided by the UNSC, and if Russia supports at least a partial lifting of the embargo that would mean that we will be ready to go ahead with plans to deliver arms to Libya."

The diplomat added that Moscow would consider returning the Russian embassy to Tripoli only after the legitimate Libyan government provides all necessary security guarantees for Russian diplomatic staff working in the crisis-hit country.

The Russian embassy was evacuated from the Libyan capital in 2014 following the escalation of the domestic crisis in the country.