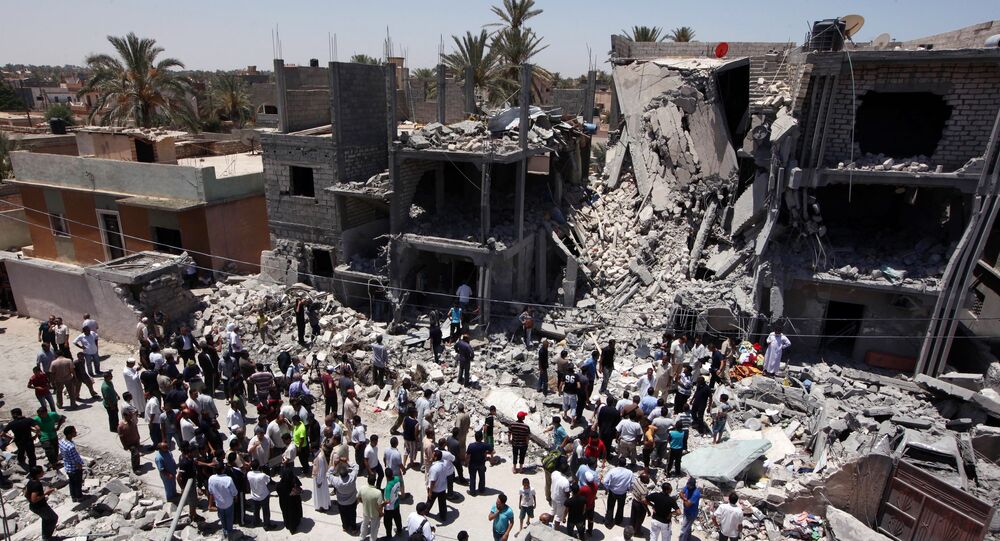 US Ready to Launch Additional Airstrikes in Libya

The White House spokesman said that the US won't hesitate to launch more airstrikes to "protect American people."

"The United States has already taken military strikes against ISIL targets in Libya, and when necessary to take additional strikes to protect American people, we won’t hesitate to do so," Earnest stated.

Earlier in the day, Libyan Prime Minister Fayez Sarraj called for lifting arms embargo to support the national army. In response, US Secretary of State John Kerry and Italian Foreign Minister Paolo Gentiloni, who co-chaired a meeting of foreign ministers in Vienna to discuss supporting Libya’s Government of National Accord (GNA), said the GNA would be able to request and receive weapons specifically to counter terrorist groups.

"It is an indication that the international community is coming together in support of a government of national accord in Libya," Earnest said. "Ultimately, our goal would be to build up the capacity of the government of the national accord so they can begin doing this work of fighting ISIL and securing their own country themselves. That ultimately is the goal so the United States and the rest of the international community does not have to come in and to fight this fight."