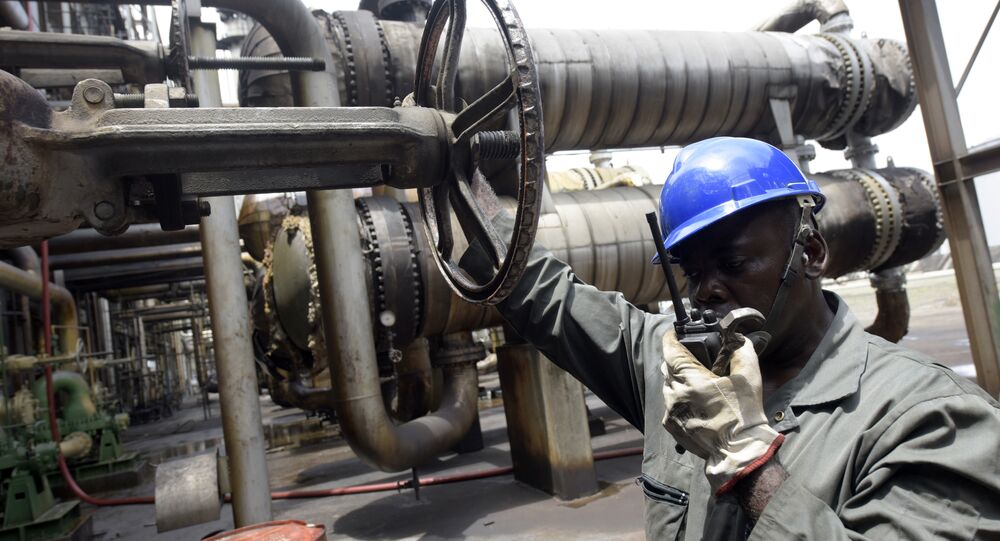 The ongoing crisis in Nigeria adds significantly to the current increase in global oil prices, according to Bloomberg.

In his article 'Forget the Saudis, Nigeria's the Big Oil Worry', Lee said that apart from "Saudi Arabia's oil market machinations," policymakers should also be concerned about what is now "happening 3,000 miles away in the Niger River delta."

Describing Nigeria as Africa's biggest crude producer, Lee said that the country is now embroiled in chaos, with a series of attacks and accidents already hitting its infrastructure and "taking Nigeria's output down to 20-year lows."

"Oil prices are responding, rising to their highest in more than six months. With no solution in sight to the problems that beset the delta's creeks and mangrove swamps, production from onshore and shallow-water oil fields looks vulnerable," he said.

He pointed out that Nigeria's "oil woes" are not only related to the militants' crackdown.

"Exxon had to declare force majeure on Qua Iboe exports after a drilling platform ran aground and ruptured a pipeline, while Shell did similar with Bonny Light exports after a leak from a pipeline feeding the terminal."

© Flickr / Eric B.
Crude Future: Oil Era Far From Being Over in Global Energy Market
Earlier, it was reported that oil major Exxon Mobil suspended exports from Nigeria's biggest crude stream Qua Iboe, with other producers also suffering disruptions after acts of sabotage. This cut the country's output to its lowest in decades: about 1.65 million barrels per day.

Nigeria's supply disruptions contributed considerably to an about-face in the oil outlook of Goldman Sachs, which said that "the oil market has gone from nearing storage saturation to being in deficit much earlier than we expected."

Goldman cited "sustained strong demand as well as sharply declining production," which it said prompted the market to shift into deficit in May.