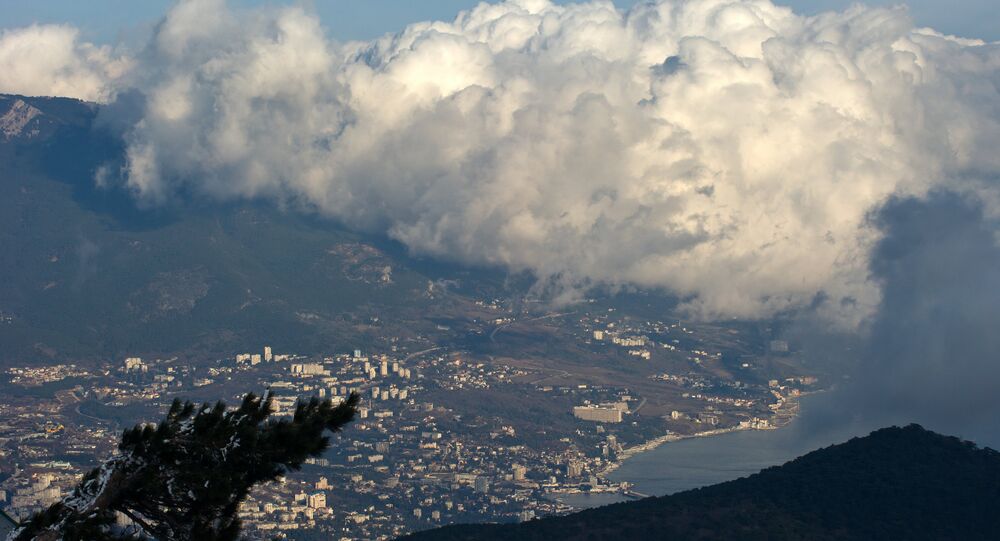 On May 18, the legislature of Veneto, Italy's fifth most populous region, is due to vote on recognizing Crimea as part of Russia.

© Sputnik / Vladimir Sergeev
Old Love: Ukrainians Return to Crimea
The proposed resolution on the recognition of Crimea as an essential part of Russia will be voted on by the regional council of Veneto on May 18, RIA Novosti quoted the newspaper Izvestia as saying on Monday.

The document, which was initiated by 25 out of 51 regional MPs, calls on Italian authorities to condemn the EU's "discriminatory and unfair" policy on the Crimean issue, urging them to recognize the referendum on Crimea's reunification with Russia.

"I want the Italian government not to make any strategic mistakes. But anti-Russia sanctions are exactly a mistake, as well as the failure to recognize what is obvious — Crimea is part of Russia," he said.

He added that the economy of the Veneto region was hardest hit by the restrictive measures and that over the past year and a half losses have amounted to more than one billion euros there.

As for the resolution, it slammed the political stance both the EU and Italy have adopted toward Russia as a policy of double standards, according to Izvestia.

"They [Italy and the European Union] fully ignore the almost unanimous will of both the people of Crimea and the Parliament, as well as the historical and cultural components which contributed to this choice," the resolution said.

During the March 2014 referendum, more than 96 percent of the Crimean electorate voted in favor of seceding from Ukraine and joining Russia. The post-Maidan coup government of Kiev and its Western supporters refused to recognize the results of the referendum, accusing Moscow of invading and annexing the former Ukrainian region.

© REUTERS / Pavel Rebrov
Russia Can ‘Break Any Blockade’ After Fixing Crimea Energy Problem
The majority of Crimea's population self-identifies as ethnically Russian and speaks Russian as a first language. The peninsula was part of Russia until Nikita Khrushchev transferred control of the region to the Ukrainian Soviet Socialist Republic in 1954, less than a year after becoming leader of the Soviet Union. According to his great-granddaughter Nina Khrushcheva, an associate professor of international affairs at The New School, a university in New York City, the decision was partly a "personal gesture toward [Khrushchev's] favorite republic," according to the US state media outlet NPR.

Kiev continues to consider Crimea a "temporarily occupied territory," a stance that is supported by a number of Western countries. Moscow, in turn, insists that Crimea's reunification with Russia took place in full accordance with international law.