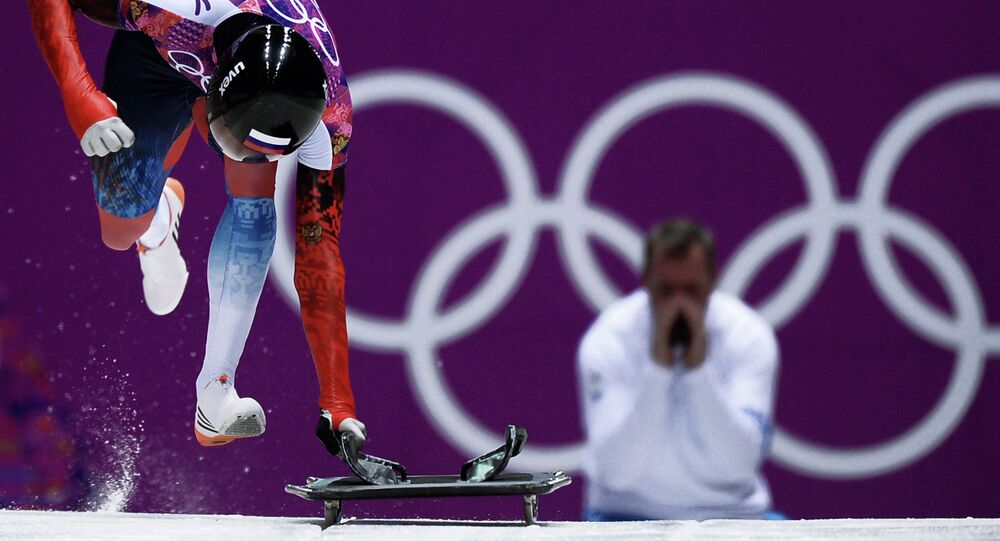 The Russian Sports Ministry has announced that it is considering a lawsuit in connection with an article that appeared in the New York Times, alleging that Russian athletes engaged in doping prior to the 2014 Olympic Games in Sochi.

Nagornykh stated that, like every other country, Russia maintained a strict preparation program for the Olympic Games in Sochi. The program had clear goals, transparent means to an end and included a list of potential medalists.

"We worked with a Canadian consulting company which summed up every season's results and estimated how many athletes can potentially win a medal" Nagornykh explained, emphasizing that there is no "doping program" in Russia, as alleged by the US paper.

On Thursday, the New York Times published a report citing the former chief of Russia's anti-doping laboratory, Grigory Rodchenkov, who claims that 66 Russian athletes participated in a so-called doping program allegedly launched prior to the Olympic Games in Sochi.

"Our athletes at the Olympics acted fair and square, with dignity…" cross-country skier Alexander Legkov, who won two medals in Sochi, told Russian Match TV. "What doping? He [Rodchenkov] talks about some [doping] cocktails mixed with alcohol, it's nonsense."

Many athletes found the "doping plus alcohol" mix allegations both insulting and ludicrous.

Many condemned the report, noting that it primarily consisted of statements by Rodchenkov that are not supported by fact.

"All this is nonsense, defamation against Russian athletes who performed at the Olympics," said gold medal winner Alexander Zubkov, one whom Rodchenkov accused of doping. "This is unacceptable. I'm not going to discuss this nonsense. If there are facts, we will discuss this."

"All methods are used in such political games. And no one pays attention to the dignity of those who are accused," he said.

© AFP 2020 / CHRISTOPHE SIMON
Amnesty Int'l Warns of Rise in Police Killings in Rio Before Olympics
In 2015 the World Anti-Doping Agency (WADA) published a report accusing Grigory Rodchenkov of receiving bribes from athletes to suppress positive doping tests. Rodchenkov was accused of destroying 1,417 samples requested by the investigation and promptly left office when WADA demanded his resignation. He has been living in Los Angeles since January.

According to Nagornykh, the article's authors have not provided a list of athletes included in the alleged doping program, despite a request from the Russian Sports Ministry.