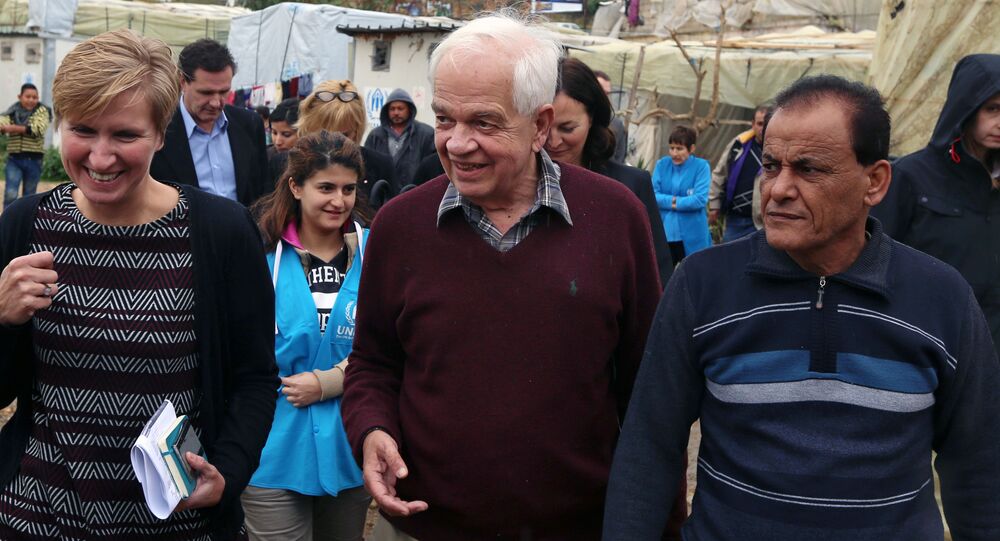 The vast majority of the government-assisted Syrian refugees resettled in Canada have moved into permanent housing, Canadian Minister of Immigration John McCallum said on Thursday.

WASHINGTON (Sputnik) – The Canadian government expects all government-sponsored Syrian refugees to be in permanent housing by mid-June, McCallum added.

Moreover, the government has allocated more than $38.6 million ($30 million US dollars) in additional funding for 2016 and 2017 for resettlement services that help Syrian refugees integrate into Canadian society, McCallum explained.

© REUTERS / Umit Bektas
US Suspends Several Humanitarian Aid Programs for Syrian Refugees in Turkey
Discussing integration services, McCallum noted that about 1,500 Syrian refugees were enrolled in English or French language training programs, while 60 percent self-declared as speaking one of those two languages.

At a United Nations conference in March, McCallum pledged to expand resettlement programs in Canada and assistant other countries in accommodating asylum-seekers from Syria.

Canada has already exceeded its pledge to resettle 25,000 Syrian refugees in 2016, and anticipates resettling about 8,500 more by 2017, according to the country’s Immigration Ministry.

'My Future' is 'Nothing': Syrian Child Refugees Have No Access to Education