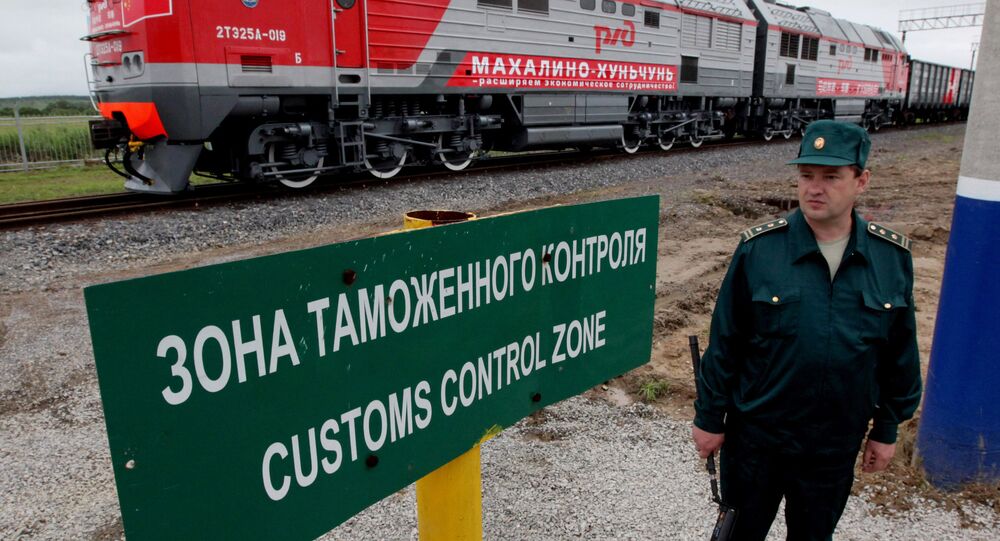 The first stage of a joint Russian-Chinese navigation platform will allegedly start by the end of 2016, the head of Intellectual Transport Technologies LLC said Wednesday.

MOSCOW (Sputnik) — The first stage of the project to create a joint navigation platform between Russia and China on border crossing points is expected to be implemented by the end of 2016, the head of Intellectual Transport Technologies LLC said Wednesday.

"The establishment of a pilot zone to work out organizational and technical solutions is scheduled for 2016. We consider a border crossing point in the vicinity of Khabarovsk and terminal container complex of the FESCO [transportation] group at the first stage [of the project]," Alexander Boreyko said at the 10th International Navigation Forum.

© Sputnik / Sergey Pyatakov
Russia, China Develop High-Precision Navigation System Draft for SCO, BRICS
The purpose of the project is to improve the quality and speed of cross-border traffic and reduce the time of customs clearance procedures, he added.

The pilot zone is aimed at working out the usage of navigation equipment, including digital tachographs, electronic seals and the Glonass GPS onboard communications equipment, Boreyko outlined.

In late 2015, Moscow and Beijing finalized an agreement on a joint project to equip vehicles crossing the Russia-China border with navigation devices.

China Set to Deepen Ties With Russia Regardless of International Situation

Over 280 Chinese Businesses to Participate in Russian-Chinese Expo