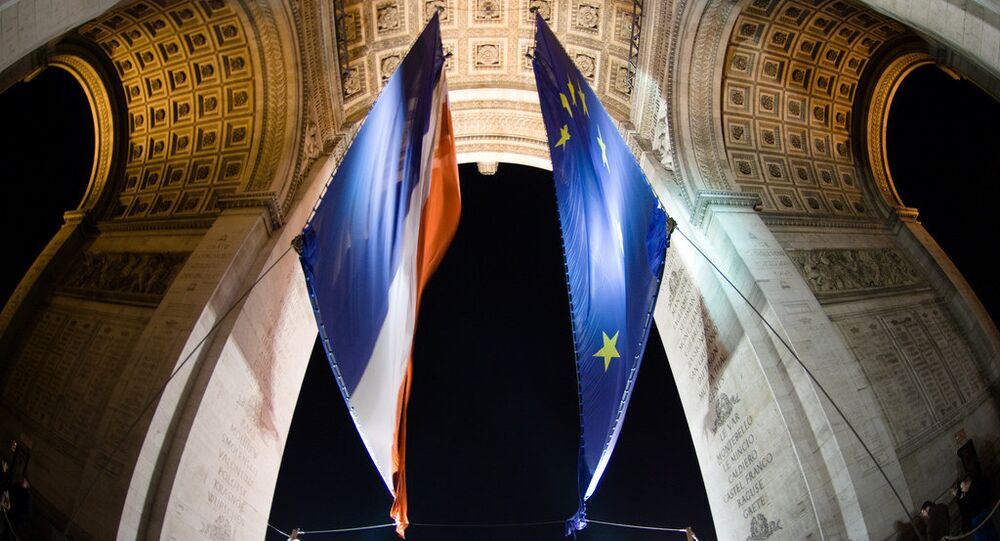 Paris dealt a blow to French agriculture by following Washington's lead and implementing anti-Russian sanctions, according to Alain Juillet, former deputy director of intelligence at France's General Directorate for External Security, the French equivalent to MI6 or the CIA.

© Sputnik / Mikhail Klementiev
Russia-France Relations Develop in All Areas Despite Difficulties - Putin
In an interview with the magazine Paris Match, Alain Juillet, former deputy director of intelligence at France's General Directorate for External Security, reproached the French government for putting anti-Russian sanctions in place, which he said had dealt a huge blow to his country's agricultural sector.

According to him, the French government preferred to ignore its own intelligence advisors in dealing with the crises in Ukraine and Syria, and recklessly followed Washington's lead by slapping sanctions on Russia, a move which he said was detrimental to French citizens.

"By sticking to a policy set by Americans, we didn't anticipate the consequences of the embargo against Moscow. It, of course, created some problems for Russia, but look what is happening to our agrarian sector! We ourselves cut its access to the Russian market," Juillet said.

He also noted that even in the United States, speculation is rife that the schism between Europe and Russia had been "fabricated" by American neoconservatives.

"US presidential candidate Donald Trump, by admitting that the war in Iraq was a mistake, broke a taboo which exists among Republicans who had buried the case. The same can be said about Ukraine, and it indicates that Americans are beginning to air their dirty laundry," he said.

Separately, he said that French authorities were certainly wrong on Syria and Ukraine, citing two possible reasons for such blunders. On the one hand, the government could receive inaccurate intelligence, and on the other – "despite the information, the politicians wanted to go in a direction not connected with the reality. On the Syrian issue, we simply ignored reality," Juillet pointed out.

"At the time of the conflict in Iraq, when four journalists were taken hostage in Syria, we maintained good relations, though not officially, with Syrian [intelligence] services. These ties have always been of service to us. Suddenly, all the bridges have been cut. This is utter nonsense," he said.

© REUTERS / Charles Platiau
Breaking Free: 'US Pressure on France to Keep Anti-Russian Sanctions' Doesn’t Work Anymore
It was an apparent nod to a hostage situation in which four French journalists in Syria spent nearly a year in captivity before being freed in 2014.

Juilett also blamed the government for being manipulated into helping "people, supposedly rebels, who are in fact Al-Qaeda affiliates backed by the Gulf countries."  He bemoaned the fact that the "advice of the intelligence services is ignored," which he described as "a serious mistake."

In late April, the French National Assembly backed a resolution urging the repeal of anti-Russian sanctions. Out of the 101 lawmakers present, 55 voted in favor of the document, which is non-binding in its nature.