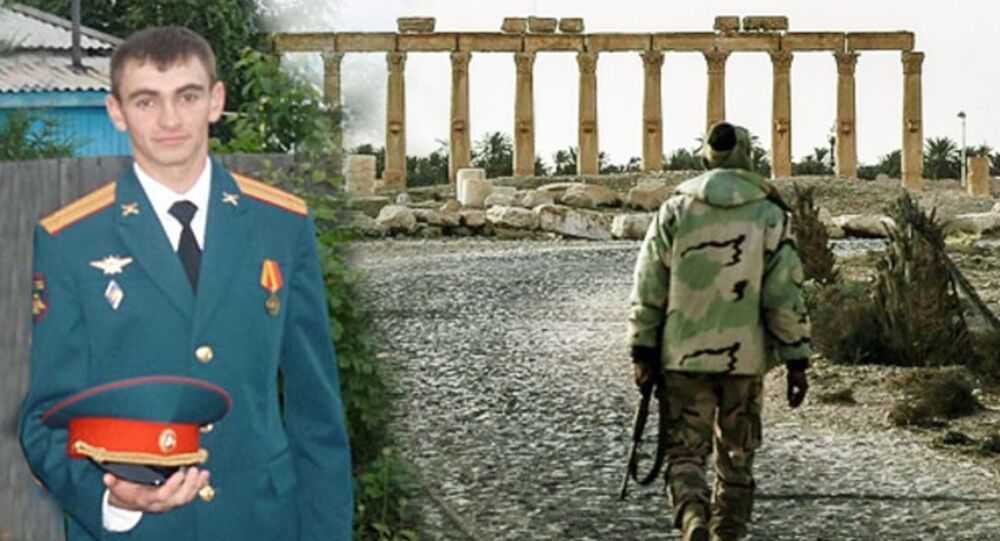 The Italian National Association of Parachutists will name its new training course after Russian officer Alexander Prokhorenko who heroically died during the battle for Palmyra in Syria.

© Sputnik / Ministry of Defence
Living in Memory: Russia Pays Last Respects to Hero Killed in Palmyra Battle
The idea was proposed by Andriano Tocchi, president of the Rome department of the association.

The move would comply with the spirit of the organization. In some aspects, the association is military-patriotic. Classes are conducted by former military paratroopers.

The association’s activities include not only parachuting classes but also teaching traditional values like patriotism and allegiance to the motherland. Anyone can easily sign up for a course.

The 161st course of parachute training will be named after the Russian hero. It will start in September and will take place at a sports hall in Rome. The training will last for 10 weeks and will include lectures in theory as well as practical training.

For the first time in history of the organization, their course has been named after a hero from a foreign country.

© Flickr / Sunny Ripert
Heroes Among Us: French Couple Sends Family WWII Medals to Wife of Russian Soldier Killed in Syria
Alexander Prokhorenko, 25, was killed during the operation to liberate the ancient Syrian city of Palmyra from Daesh while providing intelligence and coordinating the Russian Aerospace Forces to attack Daesh targets in the city.

In April, he was awarded Russia’s highest military decoration posthumously.

On Friday, Alexander Prokhorenko was buried at a cemetery in his native village of Gorodki, in Russia’s Orenburg Region.