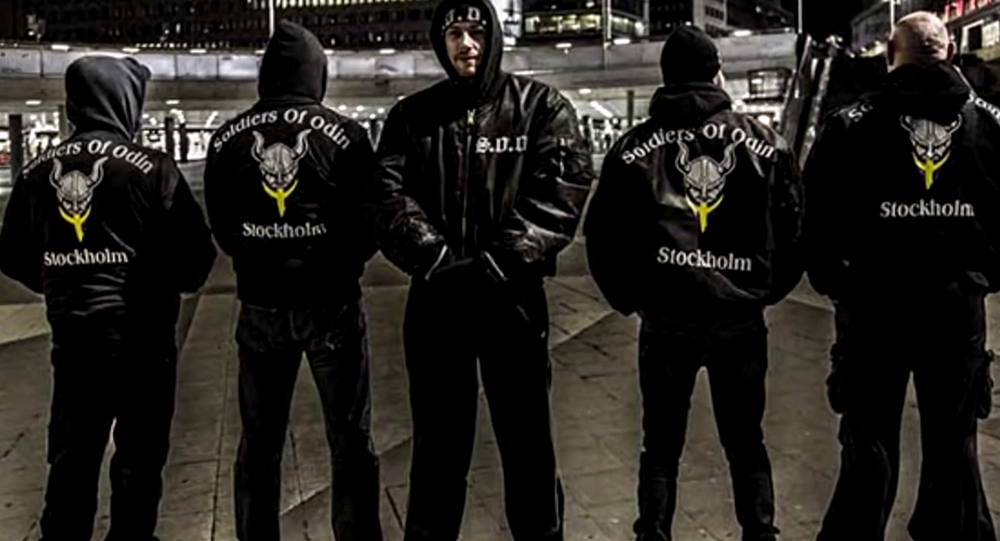 European Vigilantes Said to Organize Chapters in US

An organization calling itself the Soldiers of Odin, claiming that it keeps the streets of Europe safe by patrolling for illegal immigrants and refugees, has purportedly arrived in the United States.

© Flickr / Nikodemus Karlsson
Estonia Should Decide Itself on Number of Refugees to Accept - Lawmaker
Those associated with the racist group are thought to be primarily young men who view themselves acting as a counterweight to illegal immigrants who they claim "bring along rape and assault." The organization was founded last year in response to the largest refugee movement in Europe since World War II.

The group claims to have drawn thousands of new members in the United States through social-media recruitment. There are claims of chapters in at least 42 states.

"[Soldiers of Odin] bring together white supremacists, anti-government groups, anti-immigrant folks," offers Mark Pitcavage, a senior research fellow with the Anti-Defamation League's (ADL) Center on Extremism. "This is a nasty group of people," he asserts.

The Facebook page associated with Soldiers of Odin USA claims over 4000 members, though the page itself is private. Not all of those are patrolling the streets, Pitcavage says, cited by Vocativ.

© AP Photo / Lefteris Pitarakis
Refugees in Turkey’s Gaziantep: Cases of Slavery, Rape ‘Go Unnoticed by Officials’
Those claiming membership in the loose-knit group, and others like it such as the venerable Ku Klux Klan, are associated with various religions and races. Some affirm that they joined hate groups because they feel that President Barack Obama used his executive powers to give millions of undocumented immigrants citizenship. Others state that the federal government's acceptance of Muslim Syrian immigrants drove them to seek those who share their racist views.

The group states its goal is to stop refugees from "invading" the US and "bringing massive waves of rape and crime with them," according to their private Facebook page.

A spokesperson for the group claims that, unlike their compatriots in Europe and Canada, the US branch is neither violent nor racist.

"The accusation that we are a Nazi or any other racially-motivated hate group is not true," the spokesperson told Vocativ. "We are simply Americans preparing for the worst and hoping for the best."

Contrary to the group's assertions, the ADL has documented racist and violent posts by group members in social media.

"These Africans are a bunch of spoiled brats contaminating clean communities. Call them out. Kick some ass. Spread the message. America needs to get tough," one Facebook comment reads.

The ADL report adds that several of US group's members are in KKK organizations and other racist groups.

It is unclear if the Soldiers of Odin pose an actual threat, "but the mere fact that this intolerant and prejudiced group has a significant and growing foothold in the United States is itself disturbing enough," the report says.