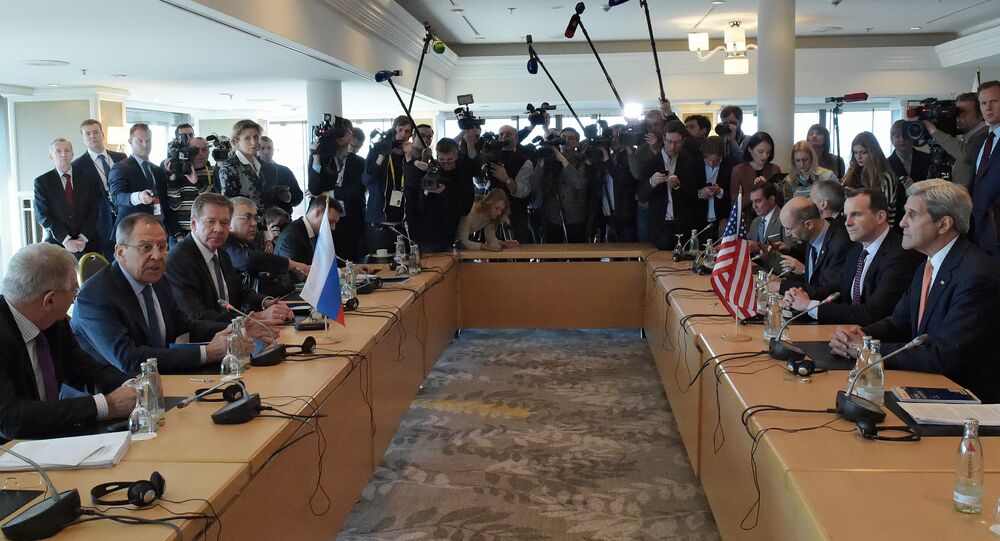 PARIS (Sputnik) — France calls for an urgent ministerial meeting of the International Syria Support Group (ISSG) to save the Syrian truce and bring peace talks back on track toward a political solution, the French Foreign Ministry said Monday.

"France calls for an urgent ministerial meeting of the ISSG to revive the truce, reaffirm the importance of protecting the civilian population in line with international humanitarian rights, and give the negotiations a chance to find a political solution under the terms of the Geneva communique and UNSC Resolution 2254," the statement reads.

© REUTERS / Brendan Smialowski
UN Syria Envoy to Meet With Saudi And US Foreign Ministers
The ISSG was formed in November 2015, shortly after the beginning of the Syria peace talks in Vienna, as a panel of countries seeking to end bloodshed in Syria. It is co-chaired by Moscow and Washington. Other members are the European Union, the Arab League, China, Iran, Turkey, and the United Nations.

In late February, Russia and the United States hammered out a ceasefire deal that came into effect in parts of Syria on February 27. The Daesh (IS) and the Nusra Front terror groups are not part of the agreement.

UN Syria Envoy to Meet With Saudi And US Foreign Ministers