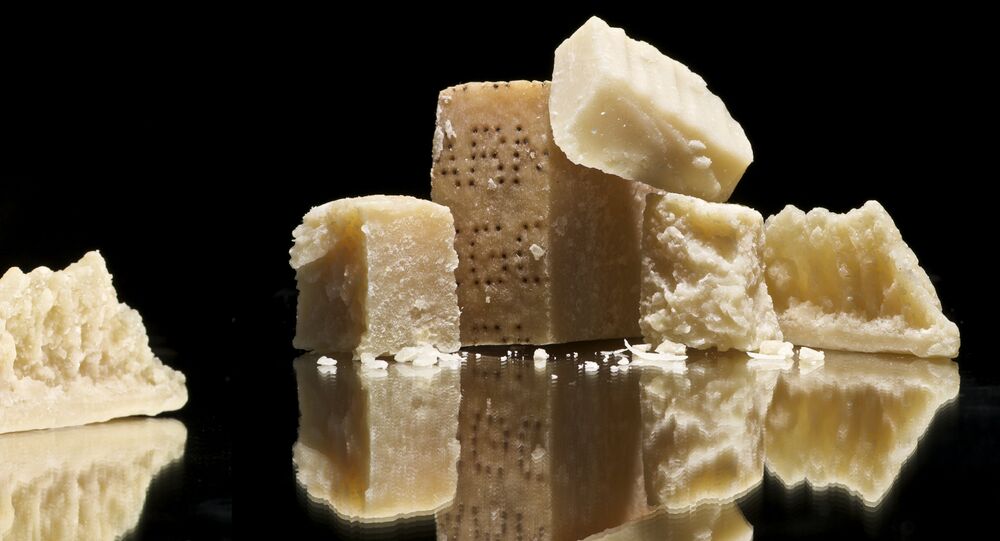 In a Cheese Trap: US Reaps the Fruits of Its Anti-Russian Sanctions

The US is reaping the fruits of its anti-Russian sanctions: it has accumulated the largest stockpile of dairy products in 30 years – in fact, there is so much cheese and butter in the US right now, it's unclear what the government will do with it.

© Sputnik / Nikolay Hiznyak
Nearly Two Years Into Sanctions: 'Yes, Russia Can Live Without Europe'
“The US is sitting on more butter and cheese than it knows what to do with, and the Europeans are to blame,” says a Bloomberg report.

Exports from the European Union have climbed so far this year, it says, as the bloc's once-largest customer, Russia, banned trade in foodstuffs in retaliation for the sanctions.

Europe therefore stated looking for alternative markets such as Asia and the Middle East.

The US, in turn, has been snapping up cheese from Europe because of the cheap prices.

“European dairy products are so cheap right now that the US itself has become the new No. 1 customer for some products — imports of EU butter doubled last year and rose 17 percent for cheese, according to the European Commission,” the agency says.

© AFP 2020 / Georges Gobet
Outright Fiasco: How the West's Economic Weapon is Failing Against Russia
All that excess supply is building up in US refrigerators, especially as American dairy production heads to a record this year.

"It's been difficult for them to export given the strong dollar, and they're sucking in imports," Kevin Bellamy, a global dairy market strategist at Rabobank International in Utrecht, Netherlands told Bloomberg. “Where the US has lost out on business, Europe has gained.”

That doesn't mean European dairy farmers are happy about the situation. Sinking milk princes in the EU have dropped to the lowest levels since 2010, and the low prices could put many dairy farmers out of business.

Russia's 2014 ban on most dairy products from the EU, the US, Australia and Norway has also disrupted diary prices.

American dairy farmers have also raised concerns about the influx of foreign dairy products driving down domestic prices and profits.

Whatever the solution, it isn't as simple as asking everyone to do their part and eat some cheddar, concludes another media source, the International Business Times.