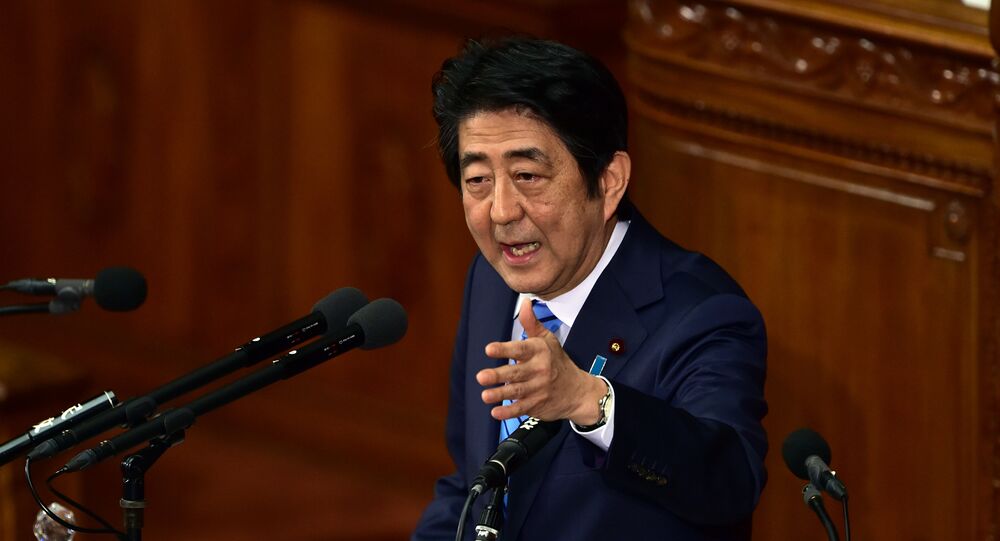 © REUTERS / Maxim Shemetov
Russia-Japan Peace Treaty Issue Unrelated to Territorial Dispute - Lavrov
On Sunday, Abe left for a visit to Russia and G7 states prior to the group’s summit in Japan in late May. He is expected to meet Russian President Vladimir Putin on May 6.

"I shall persevere in continuing negotiations based on the basic trend of resolving the issue of the ownership of four islands and singing of the peace treaty, I want to resolve the problem," Abe said, as quoted by the Kyodo news agency.

Japan and Russia never signed a permanent peace treaty after World War II because of a disagreement over four islands, which Russia calls the Southern Kurils and Japan the Northern Territories. The disputed islands, located in the Sea of Okhotsk, were claimed by Soviet forces at the end of the war.