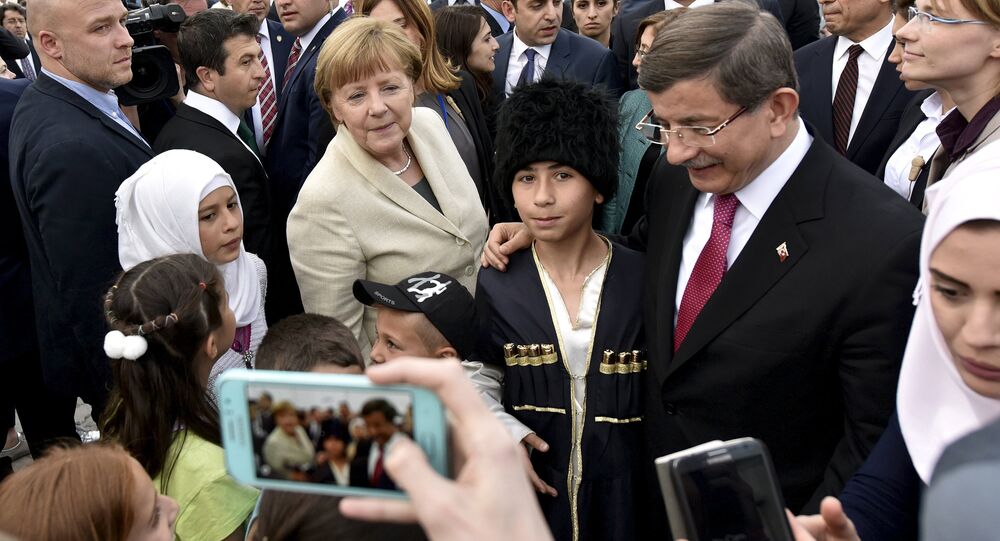 The European delegation was warmly welcomed and "sincerely applauded" by the Syrian refugees dressed in national costumes and met by dancing children. Many refugees expressed willingness to take pictures with the European guests.

Merkel personally visited the blocks where refugee families lived. The delegation headed by the chancellor also visited a kindergarten and a school where the refugee children were taught by Syrian teachers in their local language.

Before the visit, Merkel announced that her key purpose was to observe the living conditions of refugees in Turkey.

Her visit comes just a month after the European Union and Ankara agreed on a deal, under which Turkey pledged to take back all undocumented migrants arriving to the European Union through its territory in exchange for Syrian refugees accommodated in Turkey, on a one-for-one basis.

In return, the bloc pledged to provide a total of 3 billion euros to Turkey to help it deal with refugees, with a possible further 3 billion-euro provision in 2018. The 28-member bloc also agreed to accelerate the Turkish EU accession bid and introduce a visa-free regime between Turkey and Europe.

A number of rights groups expressed doubt whether Turkey was a safe and sufficiently convenient place for refugees.