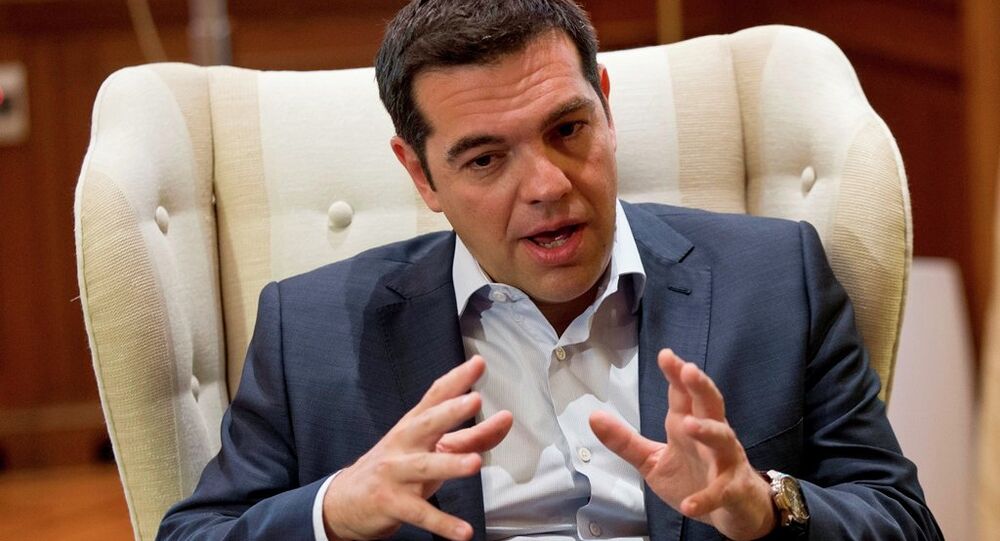 The statement came after the Greek Prime Minister's meeting with NATO Secretary General Jens Stoltenberg in Athens earlier that day.

"All communications channels between the EU and Russia should be opened," Tsipras said.

Last month, the NATO chief, for his part, said that the United States, the EU and their allies should maintain economic sanctions against Russia over the conflict in eastern Ukraine, something that has added significantly to the deterioration of ties between Moscow and the West.

Washington, the EU and several of their allies imposed a series of sanctions targeting key sectors of the Russian economy, as well as a number of individuals and entities, following Crimea's reunification with Russia and Moscow’s alleged interference in the Ukrainian Donbass conflict.

© Sputnik / Igor Zarembo
Russia, EU Working Fruitfully on Anti-Terrorism, Agree on Next Meeting – Envoy
In response, Russia restricted the import of food products from countries that have imposed sanctions against Moscow. In June 2015, Russia prolonged the food embargo  until August 5, 2016.

Russia has repeatedly denied playing a role in armed clashes between the government forces and pro-independence militia in eastern Ukraine's Donbass region.

Additionally, Moscow maintains that the Crimean referendum was held in accordance with democratic principles and reflected the will of the peninsula's residents, the majority of whom are ethnically Russian and speak Russian as a first language.