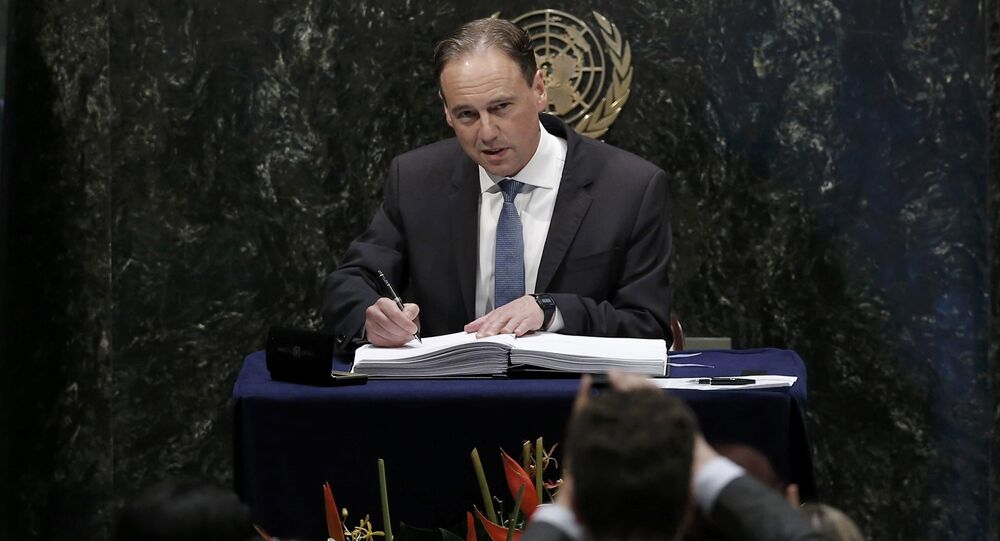 © Sputnik / Mike Segar
Russia Ready to Team Up With Other States to Tackle Climate Change
MOSCOW (Sputnik) – On Friday, the agreement reached in Paris last December was signed by 175 nations, including Australia, at the United Nations headquarters, with French President Francois Hollande being the first to sign the 31-page document.

"Australia joins the rest of the world in signing the Paris Agreement. We will begin our process to ratify the Agreement immediately and will seek to ratify this year," Hunt said during the signing ceremony, as quoted by the Australian SBS broadcaster on Saturday.

He added that the country was on track to meet its 2030 target of reducing emissions by 26-28 percent below 2005 levels.

The Paris Agreement calls on all parties to respect their human rights obligations when taking action to address climate change and specifically to limit the temperature increase to 1.5°C above pre-industrial levels.

The climate change deal is set to come into force when 55 nations accountable for 55 percent of the world's greenhouse gas emissions have ratified it.