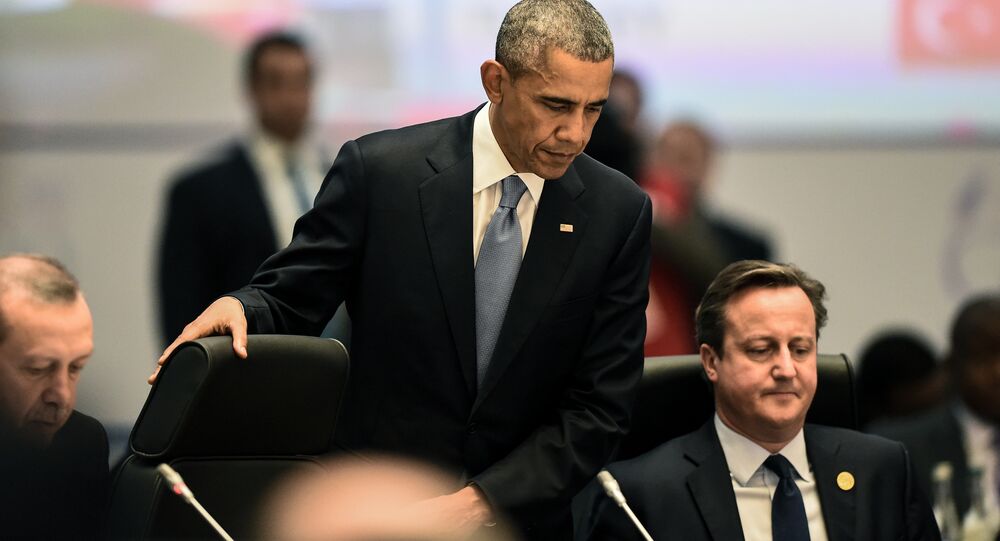 A conservative member of the British Parliament opposes US President Barack Obama intruision into the discussion on the Brexit issue.

MOSCOW (Sputnik), Nadezhda Popova — US President Barack Obama is "quite wrong" to intervene in the discussion on the issue of London's membership in the European Union on the side of Brexit opponents, a Conservative member of the British Parliament told Sputnik on Friday.

© REUTERS / Peter Nicholls
London Mayor Blames Obama for Brexit Campaign Detriment
Obama, who is in Britain for an official visit, urged the United Kingdom on Thursday to stick together with other EU member states and warned that supporting the Leave campaign at the June 23 referendum would reduce UK’s global influence.

"I think the President is quite wrong to intervene, and to intervene on the wrong side. He does not want his country to be placed under the control of some regional grouping. As an advocate of liberty and democracy for most of the world, why does he wish to prevent the UK from enjoying them?" John Redwood said.

© REUTERS / Stefan Wermuth
Cameron on the Ropes Over Taxes as Public Trust in Financial System Falls
He added that Brexit would make London more influential, as the United Kingdom would be able to regain its voice in international institutions, among other issues.

On June 23, the United Kingdom will vote on whether to remain part of the European Union or reestablish sovereignty. Brexit supporters argue that EU membership has eroded London’s independence to make laws, direct its economy and control its borders. Opponents of the idea warn that leaving the bloc could deeply harm the country’s economy.

Market Volatility May Continue Even After Brexit Referendum - ECB President

Brexit or Fixit: Are We Being Scaremongered About the Economy?