Former French hostages of the Daesh terror group, banned in Russia and numerous other nations, recognized one of the Brussels bombers as their jailer back in Syria, French media reported Friday. 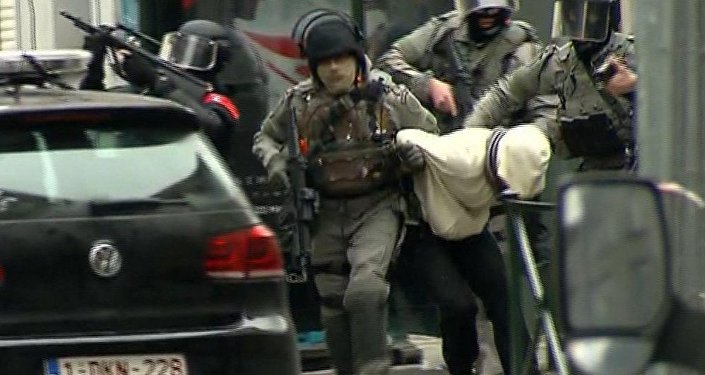 "Abou Idriss was one of the jailers, like one of his friends, Mehdi Nemmouche," Marie-Laure Ingouf, a lawyer for several former Daesh hostages, was quoted by the outlet as saying.

Mehdi Nemmouche, a French national of Algerian origin, is suspected of having killed four people in a gun attack on the Jewish Museum in Brussels in 2014.

A total of 32 died in two bombings at the Brussels airport and at a metro station on March 22. Ibrahim Bakraoui and Najim Laachraoui detonated explosives and died in the blast, which also killed 15 people, while the third suicide bomber, Mohamed Abrini, failed and was arrested earlier in April.