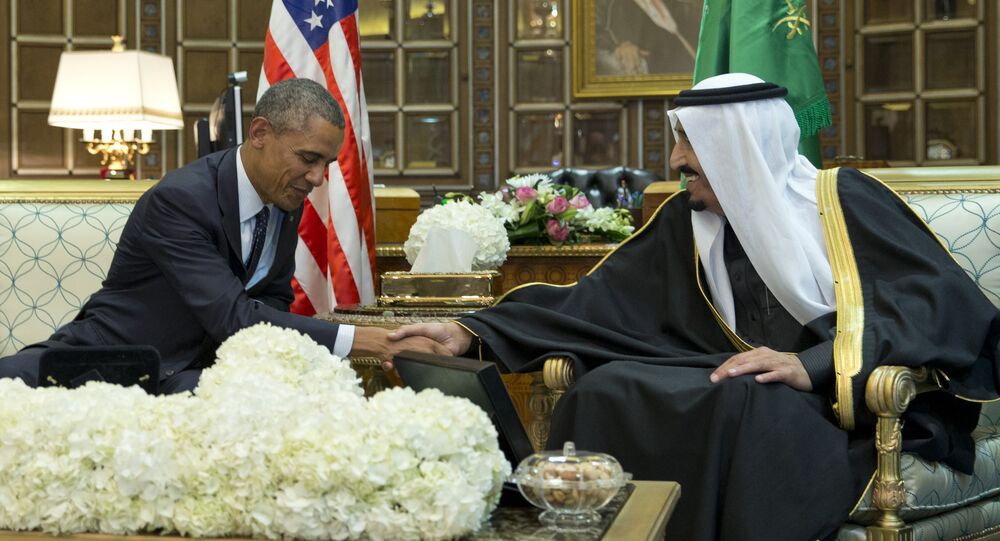 Saudi Arabia threatens to dump $750 billion in US Treasury assets if the US discloses their involvement in the 9/11 terror attacks and allows the families of victims to sue.

On Friday, Riyadh warned Washington that it would dump its $750-billion holding in US treasury assets if Congress passed a bi-partisan bill led by US Senator Chuck Schumer (D-NY) allowing families of 9/11 victims to sue the Saudis in a US court.

In a statement, Saudi foreign minister Adel al-Jubeir expressed the fear that his government’s US assets could be frozen if the legislation moves forward, fearing that the kingdom could be designated a state sponsor of terrorism should the Obama Administration release the remaining 28-pages of the 9/11 commission report.

The White House has dispatched members of the State Department and the Pentagon to lobby Congress to block the bill’s passage, declaring that Saudi economic reprisals could send the US economy into a tailspin and claiming that the legislation would put Americans in Saudi Arabia at risk.

The push to hold the Saudis accountable garnered fresh momentum last week when former US Senator Bob Graham (D-FL) took to the media claiming that the Saudis were directly involved in funding and otherwise supporting a terrorist network, calling on the Obama Administration to release the 28 redacted pages of the 9/11 commission report.

Is the presidential primary now steering the country’s foreign policy?

The push to determine the truth of the Saudi kingdom’s role in the September 11, 2001, terror attacks and hold those responsible to account comes at a troubling time for the Obama White House, with Democrats slugging it out before Tuesday’s New York presidential primary.

Insurgent Democratic candidate Bernie Sanders lambasted the Saudi government, calling the warning by Saudi officials that they would sell off $750 billion in US Treasury assets a “threat,” and saying that the United States "cannot be blackmailed."

Sanders went on to criticize the Saudi kingdom for "playing a very dangerous role in fomenting fundamentalism all over the world." The Senator claimed that "the evidence is quite clear that sections of the very large royal family have funded Wahhabism; this extremely right-wing fundamentalist ideology, which is what ISIS is about, and which is what al-Qaeda is about."

Hillary Clinton, when asked about Schumer’s proposed 9/11 legislation during an interview with ABC’s George Stephanopoulos, seemed baffled by the matter, saying she did not know about the measure, and suggesting that she had to look into it, as she "hadn’t studied it."

Following Sanders statement in favor of legislation allowing 9/11 families to sue the Saudi Arabian monarchy, Clinton’s spokesperson, Nick Merrill, posted on Twitter: "Hillary Clinton supports the efforts by Senator Schumer and his colleagues in the Senate to secure the ability of 9/11 families and other victims of terrorist acts to hold accountable those responsible."

On Monday afternoon, White House Press Secretary Josh Earnest stated that the White House opposed Senator Schumer’s legislation, and would veto the measure. "Given the long list of concerns I have expressed, it is difficult to imagine a scenario in which the president would sign the bill as it’s currently drafted," said Earnest.

The spokesman said that the measure "could put the United States, our taxpayers, our service members, and our diplomats at significant risk if other countries were to adopt a similar law. The whole notion of sovereign immunity is at stake."

In the interview, Rhodes, who was on the 9/11 commission, confirmed that members of the Saudi royal family were implicated, but aimed to downplay the fact, declaring that a failure by the Saudi monarchy to prevent contributions to al-Qaeda by family members does not mean that the kingdom officially supports al-Qaeda.