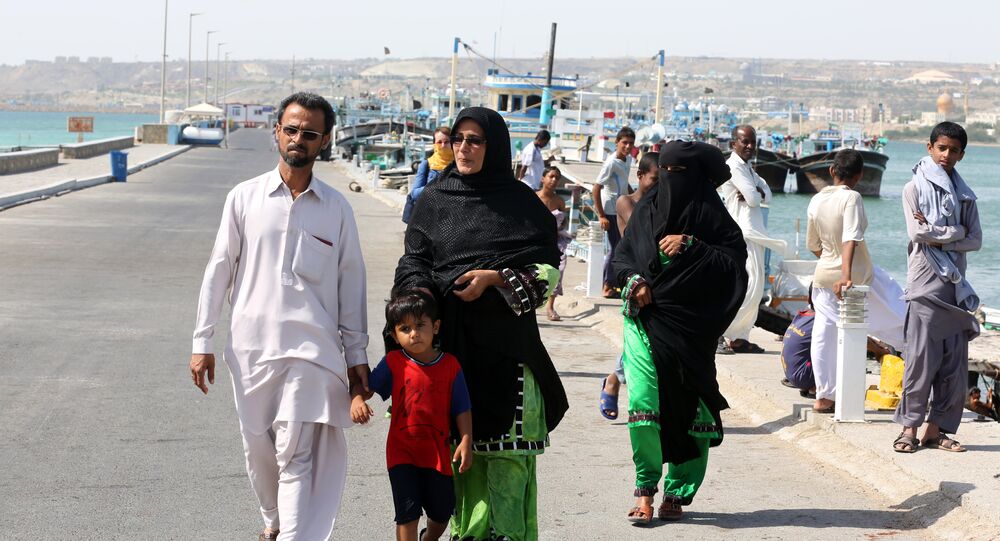 Indian Foreign Minister Sushma Swaraj and her Iranian counterpart, Javad Zarif, agreed that the commercial contract on Chabahar as well as the modalities for extending $ 150 million credit for Chabahar Port should be signed in the very near future.

Swaraj arrived to Tehran on Saturday, kicking off her four-day diplomatic tour of Iran and Russia. The minister met with Zarif on Sunday, discussing a wide range of bilateral and international issues.

"In the context of the economic partnership between India and Iran, both sides discussed the progress on the Chabahar project. Both sides agreed that the commercial contract on Chabahar as well as the modalities for extending $ 150 million credit for Chabahar Port should be signed in the very near future," Foreign Ministry spokesman Vikas Swarup said in a statement.

The Indian government had previously decided to provide the Chabahar Port loan alongside a $400 million loan for financing the supply of steel rails from India to Iran, the spokesman added.

© AFP 2021 / ATTA KENARE
Goodbye Rupee? Iran Tells India to Pay for Oil in Euro
In February, India's External Affairs Ministry stated that the Indian-Iranian contract for the first phase of the Port of Chabahar project was in the final stages of negotiations. The Indian government authorized the country's finance, external affairs and shipping ministers to approve the final contract with Iran in late February.

In 2003, Iran and India agreed to develop the Port of Chabahar, located in the Gulf of Oman on the border with Pakistan. The project was suspended following the introduction of international sanctions against Iran.

In May, India and Iran signed a memorandum of understanding to jointly develop the port once the international sanctions against Iran were lifted, stipulating that India would lease two docks for a period of 10 years.

Iran's Oil Industry 'Profitable Even at $8 per Barrel'