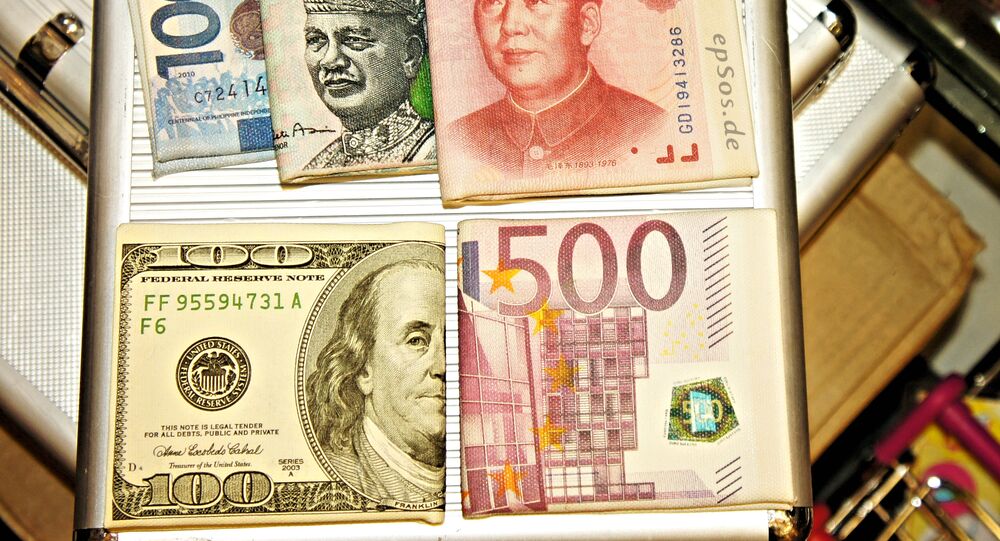 New World Disorder: China's US Investment Boom 'Detrimental' to Everyone

Experts are predicting a boom in Chinese investment in the US during 2016, a trend which raises questions about the US's geopolitical strategy and the global economy, Michael Ingram, market strategist from BGC partners group, told Radio Sputnik.

According to reports Chinese firms are expected to invest twenty to thirty billion dollars in the US in 2016, a flow of capital which officials in the US and China will be wary of, Michael Ingram, a Market Strategist from the BGC partners group, told Radio Sputnik.

​"Bearing in mind that the authorities in China are also seeking to stabilize their currency and limit capital outflows, conserve their foreign exchange reserves I suspect the Chinese authorities aren't terribly happy with this flow of capital exiting China," Ingram said.

"If you look at the accounts of many companies during the course of 2015, many of them were booking currency losses to the tune of billions of dollars, so there is a macroeconomic overlay to this."

© AFP 2021 / STR
China's Foreign Trade Stabilizes in March, Boosting Demand for Commodities
The expert said that domestic politics in the US put US authorities under pressure to resist investment from China, as the presidential campaign demonstrates anti-globalization and isolationist moods.

Investment from China also runs counter to some of Washington's geopolitical strategies like the Trans-Pacific Partnership (TPP) trade agreement, which is designed to isolate and encircle China in global trade.

"It's an awkward moment in the US political cycle, and the US relationship with countries such as China has come under intense scrutiny from the Republican side of the ticket," Ingram said.

Donald Trump in particular is advocating isolationist policies, while Democrat politicians are engaging in the rhetoric of anti-Wall Street and anti-capitalism.

"There seems to be this general anti-globalization vibe to the presidential campaign."

© AP Photo / Andy Wong
Growing Appetite: What’s Behind China Acquiring Companies Across the World
"If you look at geopolitics within the US, in Europe and elsewhere there is widespread disaffection with the way that society is developing, this growing gap between rich and poor, and the forces of globalization are largely in the frame in this respect and being blamed for this increasing disparity so it's understandable why candidates from all sides of the political spectrum are going to pander to that kind of sentiment."

Ingram said that greater economic cooperation between China and the US should in theory be beneficial to the Chinese and US markets, but raised concerns that China's economy is a special case, as exemplified by the UK's recent debate about China's ability to dump steel there at low prices.

"One could easily argue that promotion of global trade of this nature is actually detrimental, ultimately detrimental even to China, but certainly detrimental in terms of the global impact. Unless and until China decides to move towards a market-driven economy and starts to liquidate some of its mal-investment and overinvestment, particularly in heavy industry, we will not have a level playing field."

"It's a geopolitical question, it's an economic question, it’s a social question, and these issues are going to take years to play out," Ingram said.