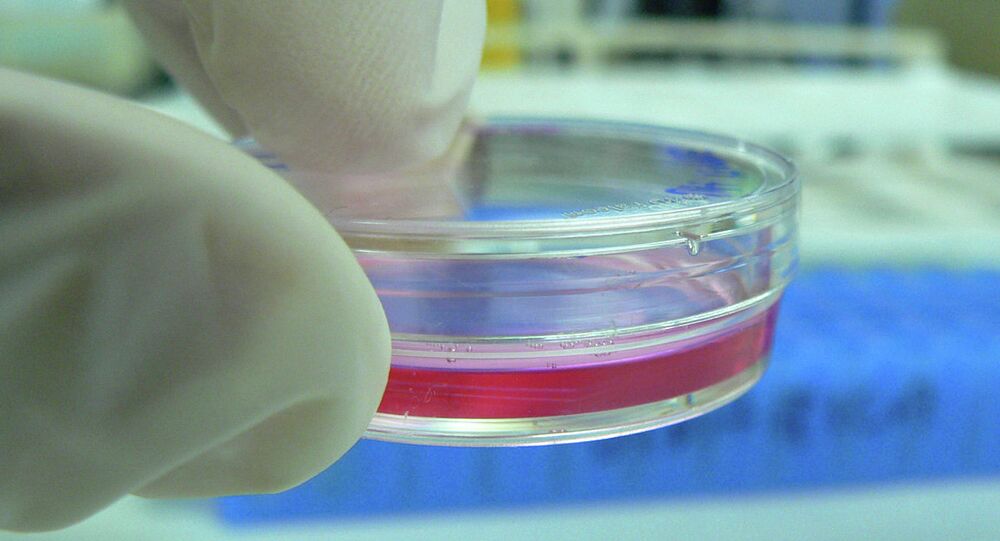 UK Chancellor George Osborne declared that resistance to antibiotics may become “an even greater threat to mankind than cancer,” calling for immediate global action during a speech to delegates of the International Monetary Fund.

© Flickr / Oak Ridge National Laboratory
Scientists Uncover Gene Responsible for Antibiotic-Resistant Bacteria
According to Osborne, 10 million people a year could die globally by 2050, because of the growing resistance of infections to known antibiotics. This number is greater than current cancer death statistics.

The Chancellor addressed the IMF in their own language, calculating that by 2050, antimicrobial resistance could reduce global GDP by up to 3.5% — a cumulative cost of some 100 trillion US dollars. He described it as an "enormous economic cost."

He called for immediate global action on the issue, specifically, for "new rewards, funded globally, that support the development of new antibiotics and ensure access to antibiotics in the developing world."

"To achieve a long-term solution we also need better rapid diagnostics that will cut the vast amounts of unnecessary antibiotic use," he added.

Osborne's speech echoed Prime Minister David Cameron's 2014 call regarding the threat, ordering Treasury minister and economist Lord O'Neill to address the issue. It is expected that Osborne will back a proposal from O'Neill to create "market entry rewards," described as large monetary awards to the pharmaceutical company, or companies, that get a new antibiotic or diagnostic method to market.

The number of new antibiotics approved for sale per year has been declining steadily. Seen as a less-profitable product than erectile-dysfunction drugs and hair loss creams, only 2 new antibiotics have been brought to the market in the United States in the last 7 years. Streptomyces research is expected to provide new antibiotics, including treatment against MRSA and infections resistant to commonly-used medications.

Antibiotics Use Report Scales Down Chicken Sales in India