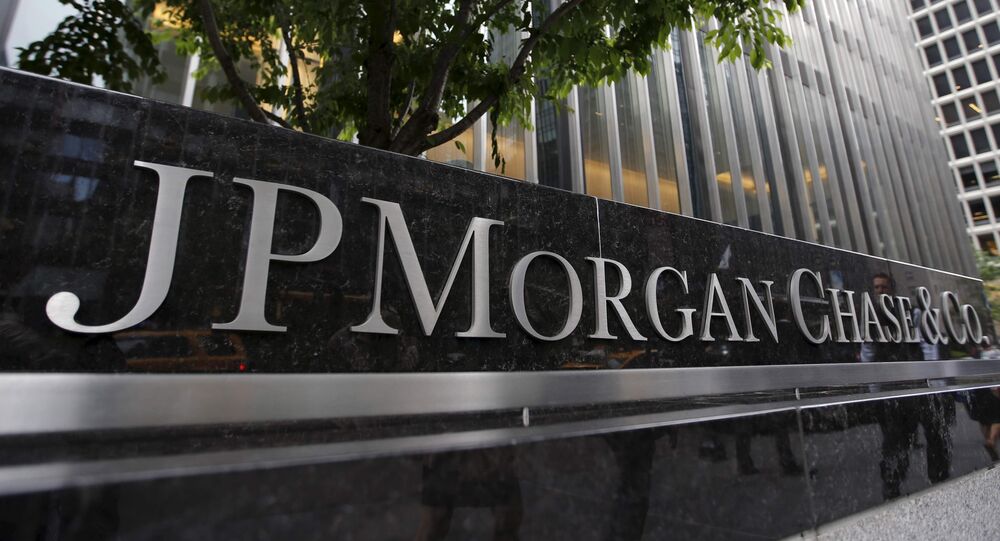 A study by the US Office of Financial Research (OFR) has identified the banks which pose the largest risk for the stability of the world financial system.

© AP Photo / Richard Drew
Morgan Stanley to Pay New York State $550Mln for Misconduct
The US investment bank JP Morgan Chase has topped the list of the most systematically important financial institutions, whose failure could pose a threat to the international financial system.

On Wednesday the US Office of Financial Research (OFR) released a study which analyzes data on 30 global systemically important banks (G-SIBs). These banks are identified according to a set of 12 financial indicators created in 2011 by the Basel Committee on Banking Supervision, a group of bank supervisors from 28 jurisdictions.

The Basel Committee's indicators reflect the banks' size, their interconnectedness, the availability of substitutes for the services they provide, their global reach and their complexity.

The data is used by regulators to calculate how much extra capital large banks must hold to protect against the risk they pose to the financial system, and to recommend the amount of risk-based capital surcharge a bank should be subject to.

The Basel Committee's capital surcharge standard began to be implemented in 2016, and will be phased in by regulators over the next two to three years.

The surcharge requires banks to maintain a buffer of capital of one to 3.5 percent of their total risk-weighted assets, and is intended as an incentive for banks to conduct themselves more conservatively and avoid a shock like that provided by US investment bank Lehman Brothers in 2008.

According to the OFR study, which looked at G-SIB indicators up to the end of 2014, the US investment bank JP Morgan Chase is the most dangerous for the world financial system if it fails; the next most critical is UK-based HSBC.

© REUTERS
Pedestrians walk past a branch of HSBC bank in London
Both banks are assigned to the fourth of five systematic performance "buckets," recommending a higher 3.5 percent capital surcharge.

Four banks, Citigroup, BNP Paribas, Deutsche Bank and Barclays are in the third bucket, the next category of systematic importance.

© AFP 2020 / STAFF
The Next Enron? Pentagon Bankruptcy Could Lead to Global Crisis
Bank of America, Credit Suisse, Goldman Sachs, Mitsubishi and Morgan Stanley are in the second bucket, and the other 19 banks are placed in the first bucket, which requires them to maintain a buffer of capital that is one percent of their total risk-weighted assets.

"Although the systemic importance scores of US G-SIBs are among the highest, the scores of Chinese banks increased the most in the latest year for which data are available," the study's authors wrote.

China Construction Bank is a new addition to the list of global systemically important banks, and US G-SIBs showed little change apart from Wells Fargo & Co, whose systematic importance score increased 18 percent in 2014, they reported.